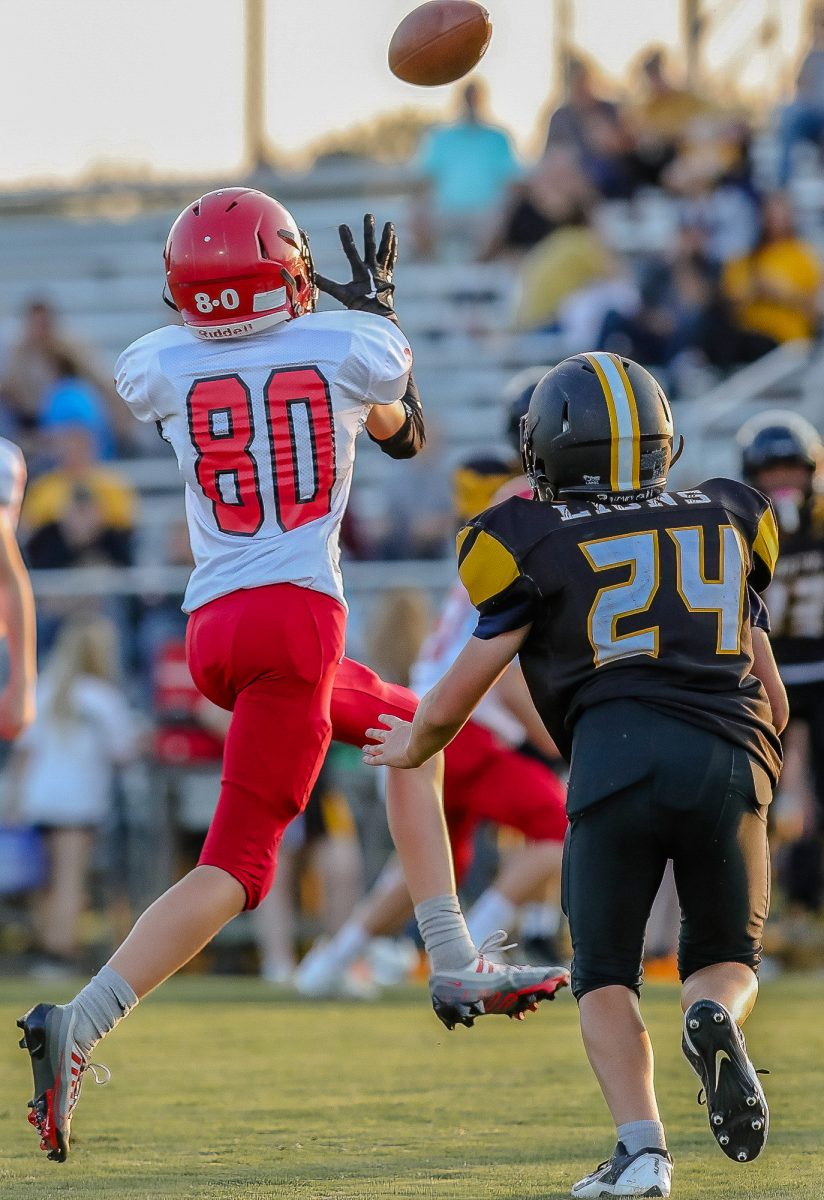 The Lexington Middle School Minutemen football team headed to Scotts Hill last Tuesday evening, September 13, to face off against the Lions of the Henderson County South football program. With the in-county team going against them, Lexington was wanting to start fast and take care of business. LMS wasted no time in showing their dominance and went on to take the shutout win over Henderson County South. The final score of the game was 30-0, in favor of the Minutemen.

The Minutemen received the ball first and with a great kickoff return down to the Lion’s 35-yard line, and an offsides penalty committed by the Henderson County South defense, Brady McEarl took the very first handoff 30 yards for the touchdown. Elye Pearson kept the ball for the successful two-point conversion and LMS led 8-0.

On the next possession, Lexington Middle School would hold Henderson County South to a punt and take over on their own 35-yard line. The Lion’s defense held strong and forced the Minutemen to turn the ball over on downs, which gave HCS great field position. The Minutemen clawed in, and their defense forced the Lions to throw the ball. Then, Fowler Newsom…