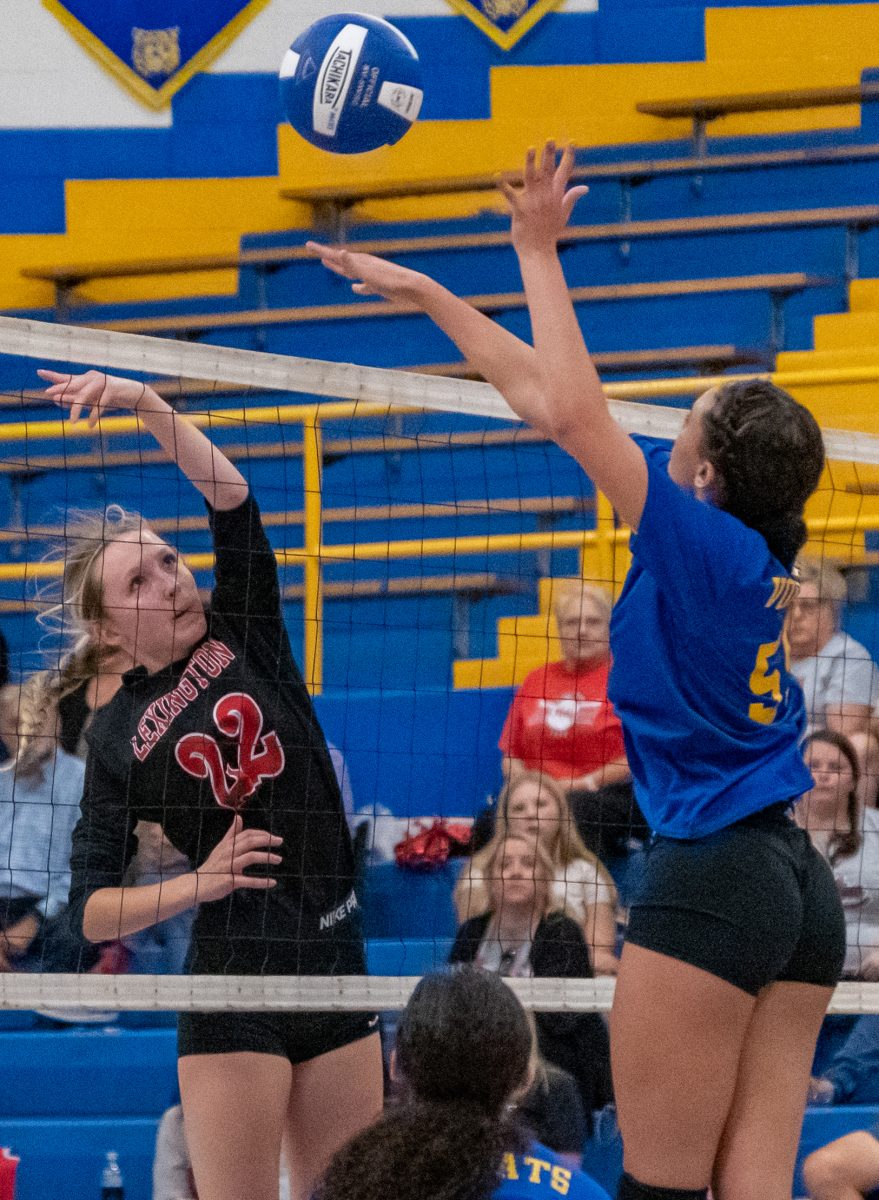 The Lexington High School Lady Tigers volleyball team was in action in an away match on Tuesday, September 13, at McNairy County High School. This match was set up against a district opponent for Lexington, so the team knew there would be big implications with a win. The Lady Tigers didn’t have the start they wanted but settled in and took control of things as the team went on to win in four sets over the Lady Bobcats, 25-27, 25-16, 25-17, and 25-11.

Senior Kylie Atchison, who has had one very remarkable season, once again led the team in assists with 33. Emmy Corbitt would follow suit with one assist in the win also.

Leading the way for the Lady Tigers in kills on the night was Ellie Smith. She recorded 18 against McNairy County. Stella Huber collected 11 kills and Aubrey Hart finished with four. Kylie Atchison followed them with three kills and Gracie Bromley recorded one kill of her own. Ellie Smith also recorded one block in the win, as well.

Both Emmy Corbitt and Ellie Smith led Lexington in digs with 12 each. Stella Huber recorded nine digs in the match. Huber also led the team in aces with nine. Kenzie Reeves and Kylie Atchison collected three aces each and…