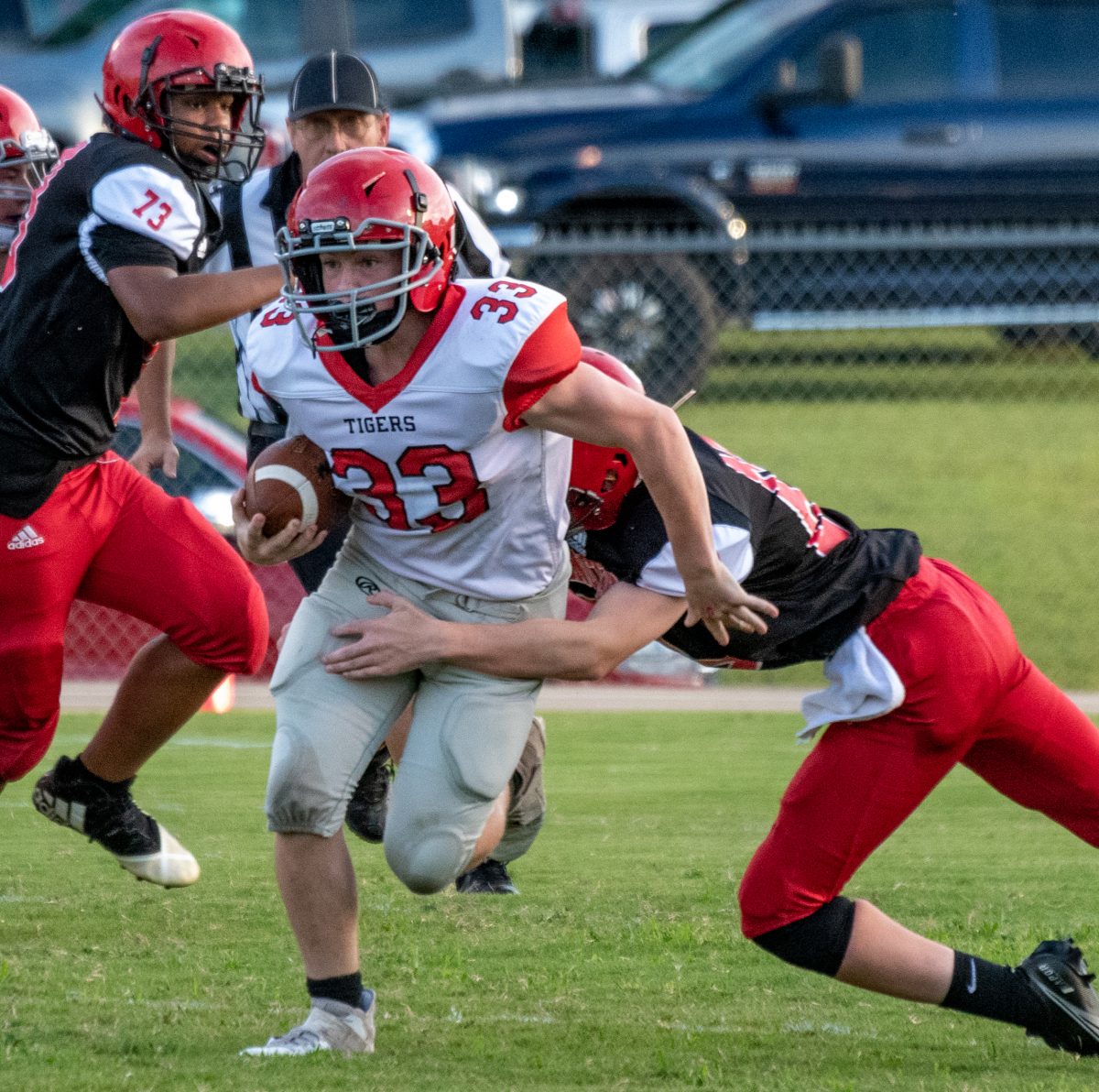 The Henderson County North Tigers football team hit the road last Thursday evening, September 8, 2022, to take on an undefeated McKenzie Middle School football program hoping to secure an upset against the Rebels. The Tigers started out playing well in the game, but the McKenzie team was too much of a task at hand for Henderson County North. McKenzie took the win to stay undefeated and were victorious by a final score of 32-2.

The Tigers would actually get on the board first with a punt blocked by Hemi Finch, which resulted in a safety and Henderson County North took the early 2-0 lead.

McKenzie Middle School responded with two scoring drives right before halftime. The score of the game at the break was 16-2, in favor of the Rebels.

Then, on the opening kickoff of the second half, McKenzie took the…