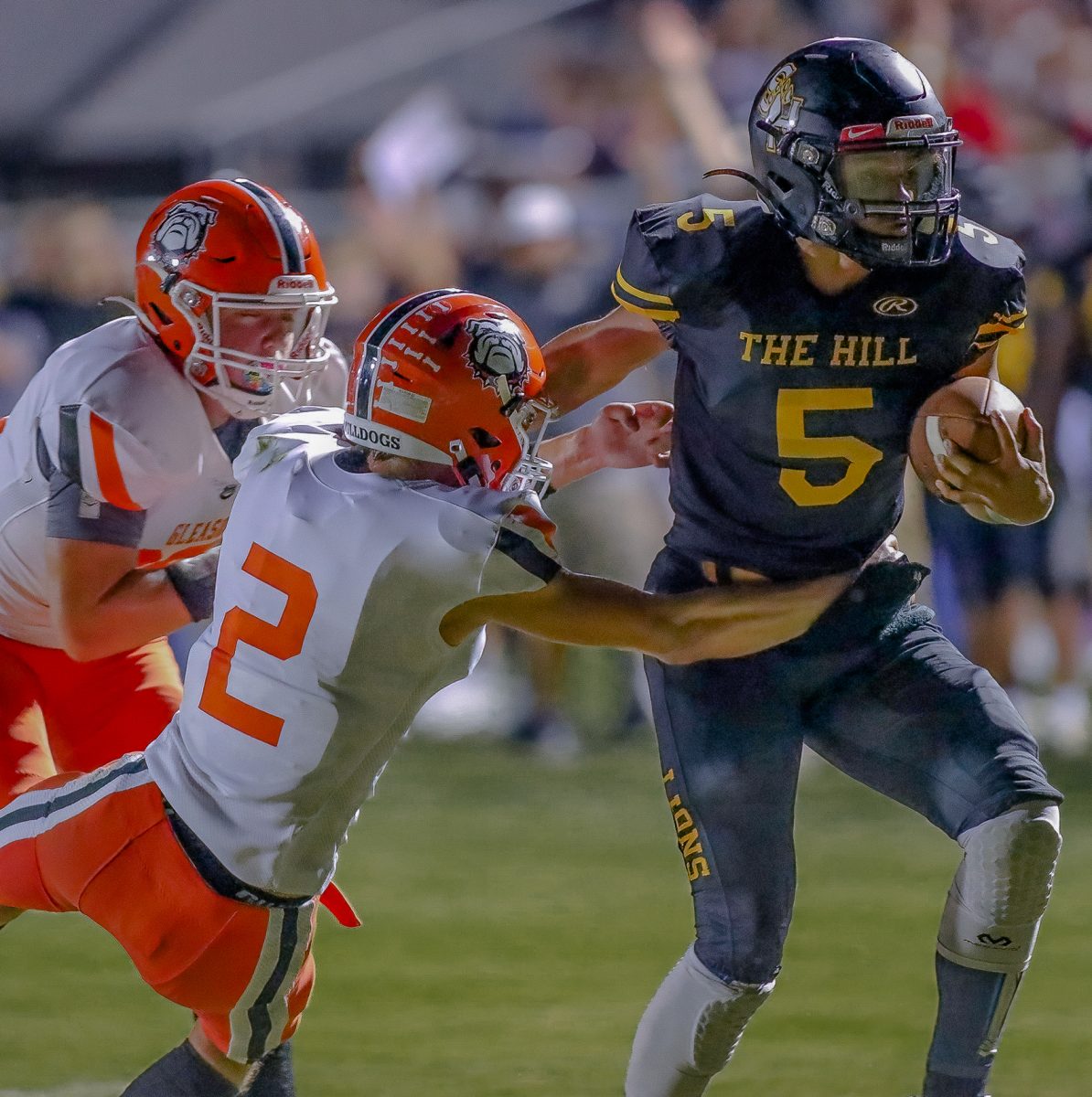 Being on the road the first three games of the season, Scotts Hill High School football was happy to host their first home football game of the year, as the Lions welcomed Gleason to “The Hill” this past Friday evening, September 9. Scotts Hill looked to even their overall record with a win against their opponent and got to work right away in claiming that. The Lions looked to be in form and Gleason was no match for Scotts Hill in the contest. At the end of the night, Scotts Hill took the win over Gleason with a final score of 26-6.

The Loins accumulated a total of 278 yards as a team and were able to run 50 plays during the game against Gleason. Scotts Hill recorded 30 yards in the passing game and collected 248 yards on the ground. The Lions had 11 first downs and only committed one turnover in the contest against the Bulldogs.

One area that Scotts Hill will need to address as the season moves along is penalties. Scotts Hill was penalized 13 times for 115 total yards.

Kyle Carter finished the night by going 4 of 9 through the air for 30 yards. He did throw one interception against Gleason, as well.

In rushing, the Lions were led by Noah Clayton, who recorded 141 yards on seven attempts. Kyle Carter collected 47 yards on ten carries and Jayden Johnson finished the night with 47 yards also. His yardage came on two carries. Bryant Pedraza had two attempts that netted…