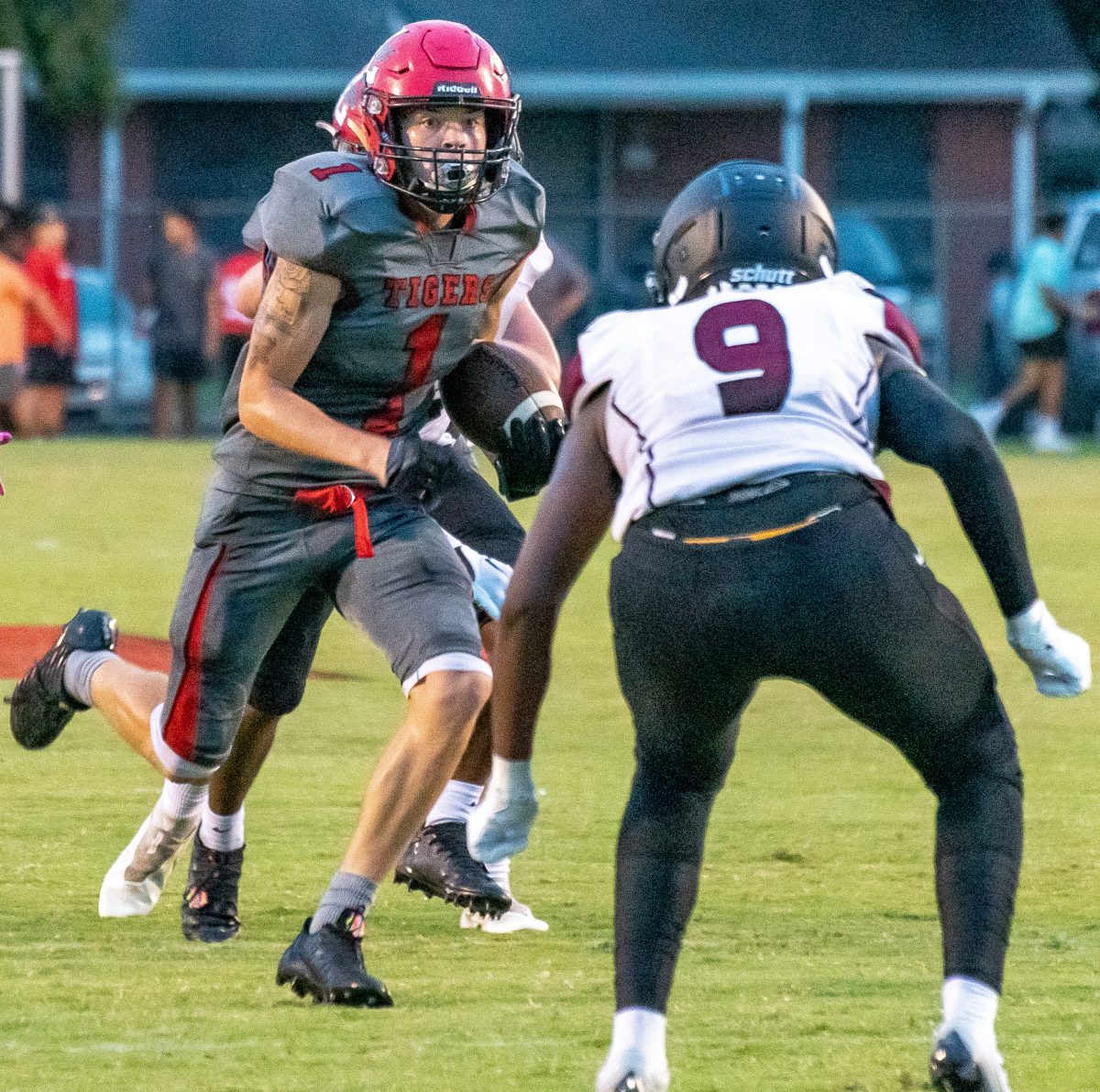 With the season getting off to a start that Lexington wasn’t exactly looking for, the Big Red Tigers football team needed a win in a big way. Lexington hosted Liberty Tech last Friday evening, September 2, at Jim Stowe Field. The Tigers took control of the game early and never looked back in the onslaught of the Crusaders. Lexington secured their first win of the season as the Tigers trounced Liberty by a final score of 66-0. This win should help propel the momentum into the rest of the season.

Lexington took a commanding 21-point lead after the first quarter and were up 48-0 at halftime. By the time the third quarter was finished, the Tigers led 62-0. Lexington kicked a field goal in the fourth quarter to bring the score to 66-0 over Liberty.

The Big Red ran 23 total plays for 265 yards of total offense in the win. Lexington recorded 27 passing yards and finished with 238 rushing yards on the night. LHS secured 12 first downs over Liberty as well.

On offense, Ethan Jowers was a perfect 5 for 5 through the air. He recorded 27 yards for the Tigers. In the rushing attack, Lexington was led by non-other than Isiah McClaine. He finished with 141 yards on eight carries, scoring four times for the Big Red. Jakob Davis had one carry for 48 yards with one touchdown and Ashton Montague recorded 14 yards on two attempts. Ashton Hart finished with 14 yards on one run, while Ethan Jowers had 11 yards on two attempts, scoring one rushing touchdown. Romillo Smith had one carry for six yards.

In the air, Rocky Hurley led the Tigers with 13 yards on one catch. Jakob Davis followed him with one catch of his own for 11 yards. Gus Robbins also had one catch for…