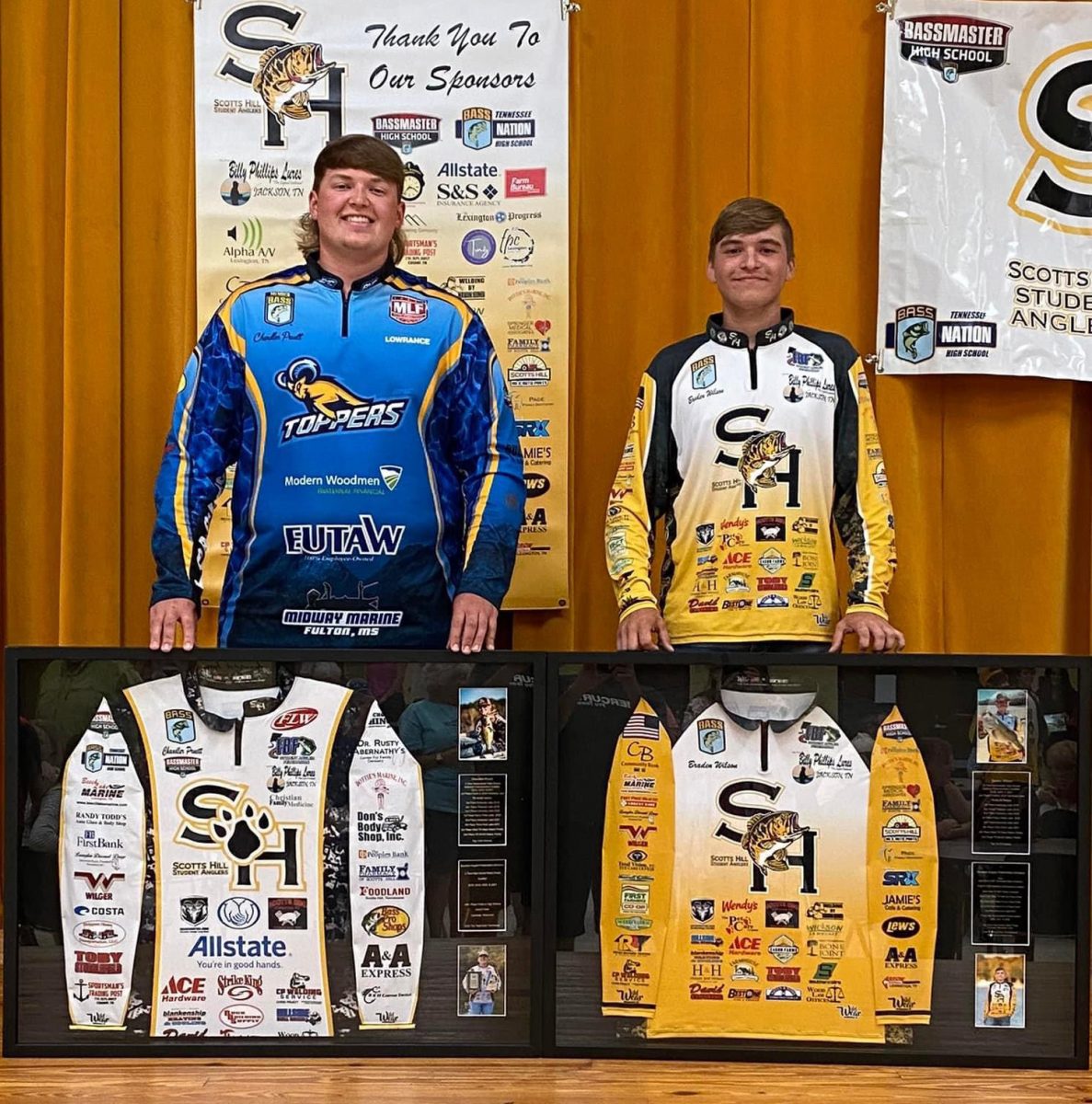 On Sunday, August 28, the Scotts Hill Student Anglers held their annual awards ceremony in the cafeteria of Scotts Hill High School. The program members were recognized for their accomplishments that were achieved throughout the year.

Scotts Hill Student Anglers have qualified for the Bassmaster’s High School National Championship for the past three years. This year was no different as JD Stack and Eli Blankenship, who qualified for his fourth consecutive year, were the team to qualify this year as the duo was in the top 250 teams in the nation.

Braden Wilson and Ross Wilson made history for the team this year by winning the SAF State Championship and qualified for the SAF National Championship as well. These two events are the biggest events in the high school fishing circuit.

The ceremony closed with the retiring of two jerseys. The jerseys of anglers Chandler Pruett and Braden Wilson were retired as the two young men have had many accomplishments over their high school career.

For this and other interesting articles, see the September 7th edition of The Lexington Progress.