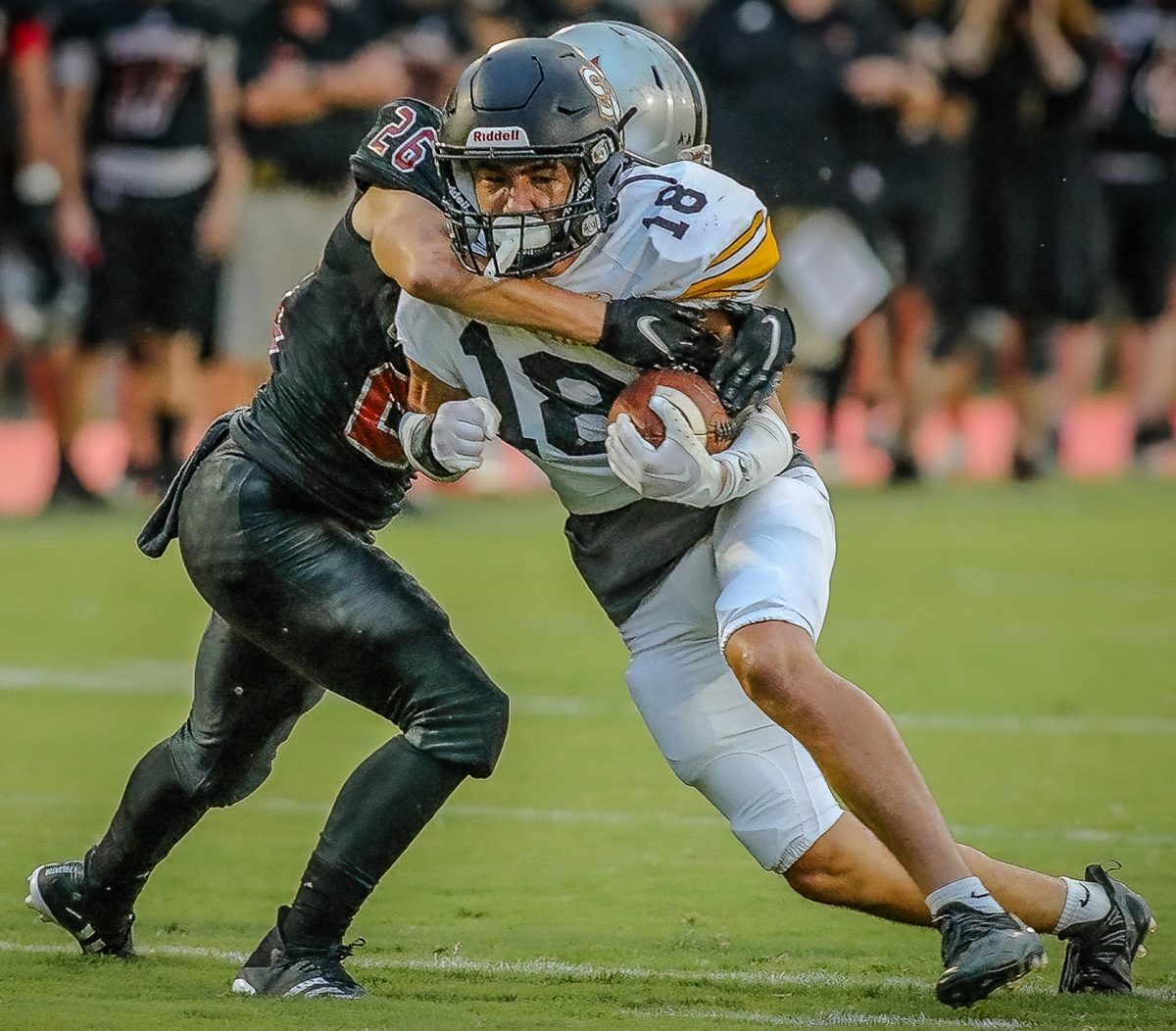 The Scotts Hill High School Lions football team was on the road last Friday evening, September 2. The Lions traveled to Adamsville High School to take on the Cardinals. Scotts Hill was coming off a loss against Mt. Pleasant the previous week and looked to capture a win over Adamsville. After leading the game at the end of the first quarter, the Lions weren’t able to sustain the momentum the rest of the game and were defeated by Adamsville on the night. The final score for the contest was 42-28, in favor of the Cardinals.

The Lions ran a total of 63 plays in the game that netted the team 378 overall yards. Scotts Hill collected 59 yards in the passing game and rushed for 319 yards against Adamsville. The Lions recorded 21 first downs in the game. Scotts Hill was 2 for 8 on third down, a 25% efficiency rating, and had a bit more success on fourth down attempts, as the Lions finished at 40% on the night, 2 for 5.

Turnovers were a bit of a problem for Scotts Hill in the game. The Lions would cough the ball up three times, two came via fumbles and Scotts Hill threw one interception to Adamsville. The Lions were a pretty solid team when it came to penalties on the night, as Scotts Hill only committed five penalties for 32 penalty yards.

Kyle Carter was the quarterback for Scotts Hill and finished 8 of 12 through the air, collecting 59 yards. He would throw the one interception for the Lions, as well.

In the running game, it would also be Kyle Carter who led the Lions on the night. He had 20 carries for 118 yards, scoring three times for Scotts Hill. Jayden Johnson had six attempts for 79 yards. His longest run came at 43-yards. Konnor Goff finished with…