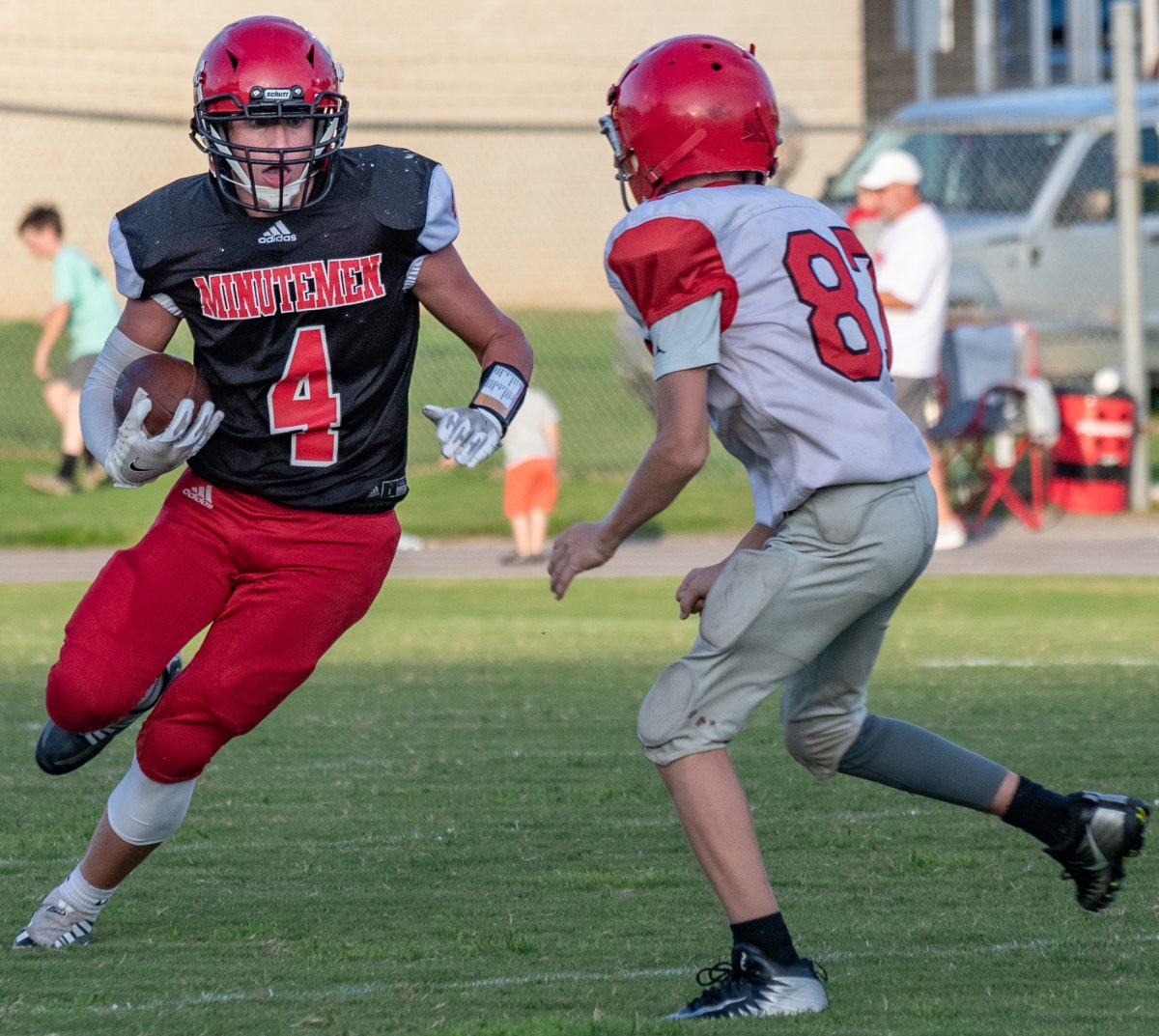 Henderson County North received the opening kickoff and the LMS defense stood strong in their first series forcing the Tigers to punt. The Minutemen took over the ball and went to work by grinding down the field behind the hard running of Brady McEarl and Elye Pearson. A huge gain by Pearson set up McEarl for the score. LMS was unsuccessful on the two-point conversion and the score was 6-0.

The LMS Minutemen received the second half kickoff and went back to the ground game to move the ball down to the Henderson County North 12-yard line into Tiger territory. Elye Pearson took the football around the left corner for a score, but the touchdown was negated for a holding call. With the ball on the 17-yard line, LMS would go back to Pearson and he…