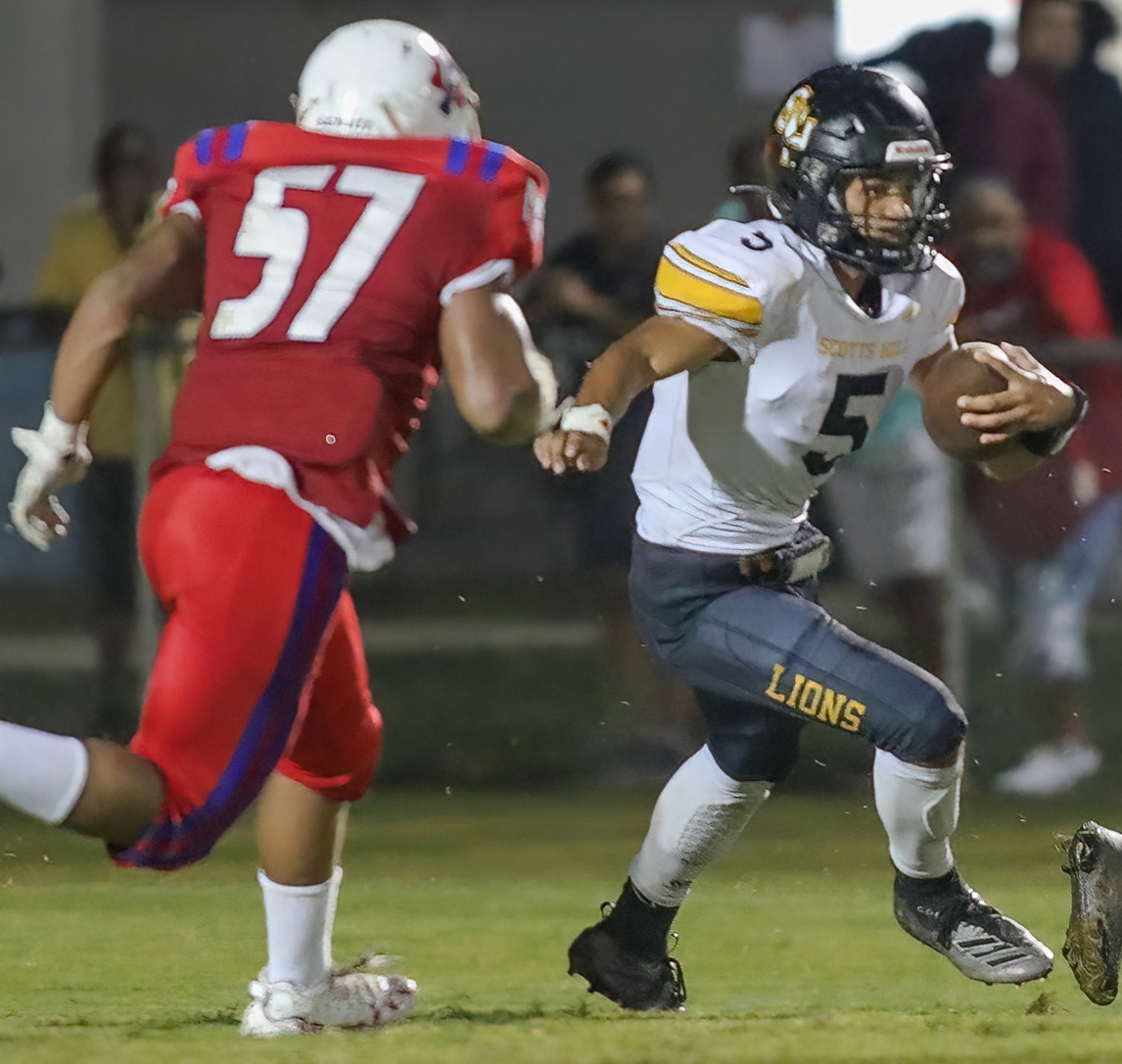 The Lions football team took to the road last Friday evening, August 26, as the team made their way to the middle Tennessee area to take on Mt. Pleasant. Scotts Hill was coming off a win in their season opener against Bolivar, and the Lions looked to keep things rolling. The Lions were met with a difficult matchup and ultimately took the loss to the Tigers in shutout fashion. The final score of the contest came to be 43-0, in favor of Mt. Pleasant.

It was a tough night for the Lions as the team struggled to get any momentum going in the game. Scotts Hill ran a total of 39 plays but were only able to record 10 total yards of offense. The Lions collected 21 yards through the air but were held to negative five yards rushing on the night. Scotts Hill produced 19 first downs in the game. The Lions had one fumble against Mt. Pleasant. Penalties were the Achilles heel for Scotts Hill on the night, as the team had 14 penalties for 105 yards.

Through the air, Carter finished 2 of 4, collecting 21 yards. His leading receiver was Jayden Johnson, with one catch for…