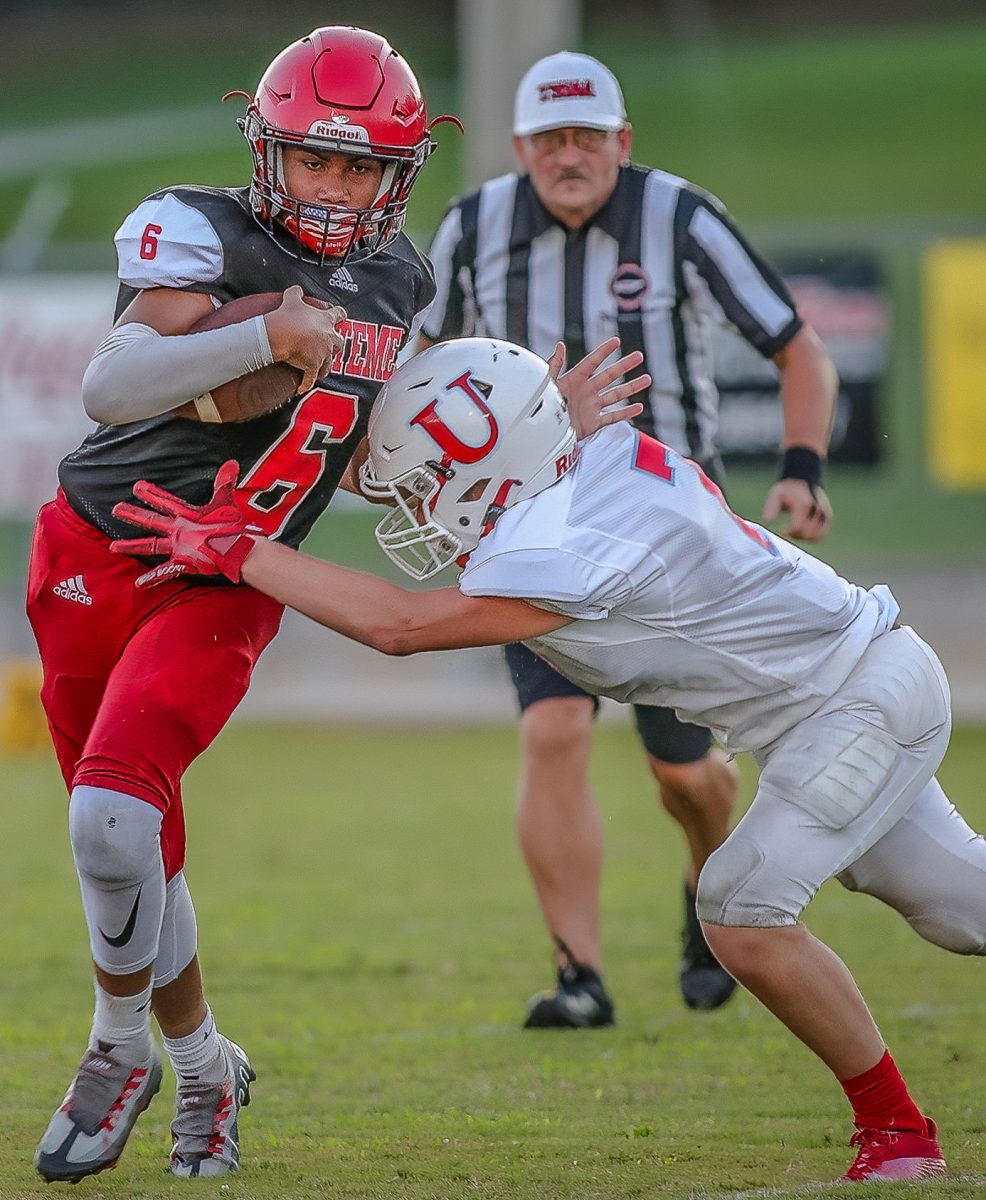 Last Thursday evening, August 25, the Lexington Middle School Minutemen football team took on the USJ Bruins on their home turf. LMS had plans to put another win on the overall record by taking down the Bruins, but the night didn’t go as planned by the team. In the final minutes of the game, Lexington Middle School had a crucial turnover that resulted in the Minutemen taking the defeat to the Bruins. The final score of the contest was 30-22, in favor of USJ.

USJ won opening coin toss and differed the ball to the second half. LMS took the ball first and the Minutemen drove down the field picking up a couple of first downs on the drive. Cameron Smith then took the handoff 25-yards for the first score of the game between the two schools. LMS led 6-0, after the two-point conversion was unsuccessful.

The Bruins then got the ball but the defense of LMS held them to a turnover on downs after four attempts in garnering a first down. Lexington Middle fielded the ball after the punt on the 50-yard line. On the first play of the drive, Cameron Smith, again, took the handoff for 50-yards for another touchdown for the Minutemen. The two-point conversion was good and LMS led 14-0 after the first quarter.

USJ went to the air on their next drive with a nice pass and catch that put the Bruins on the scoreboard. LMS denied the two-point conversion and the score was 14-6. The Bruins then…