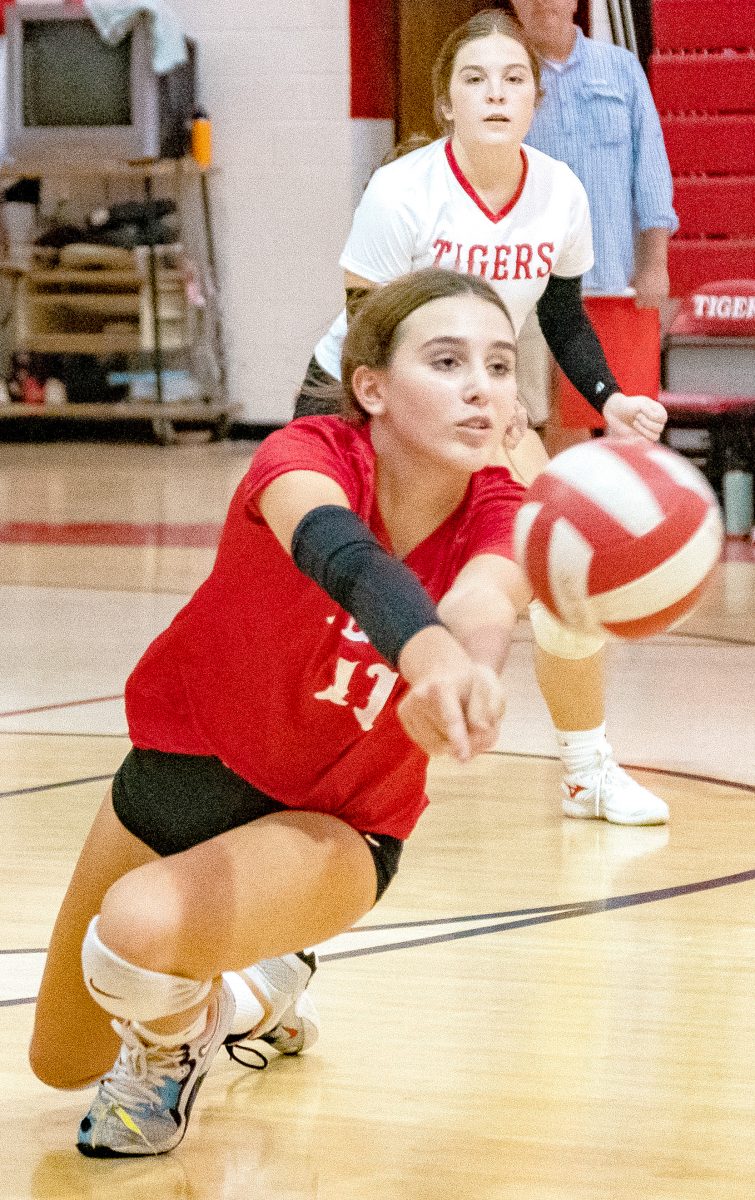 The Lexington High School Lady Tigers Volleyball team has been putting together a nice win streak over their last few matches the team has played. Lexington took on Bolivar last Tuesday evening, August 23, with the hopes of continuing the recent string of success. Bolivar was no match for the Lady Tigers, as Lexington went on to win in three straight sets, 25-10, 25-10, and 25-12.

Senior Kylie Atchison once again led the team in assists with 27 in the victory. Ellie Smith added 12 kills, to go along with seven kills from Gracie Bromley. Stella Huber, Aubrey Hart, and Atchison all added three kills each, as well. Kenzie Reeves collected two kills and the trio of Kamrynn Coleman, Emmy Corbitt, and Hadley Corbitt produced one kill apiece for the Lady Tigers.

Both Smith and Atchison would lead the team in blocks with two each. Emmy Corbitt recorded five digs and Ellie Smith would add three digs in the win over Bolivar, as well.

Leading the way in aces for the Lady Tigers was Aubrey Hart with eight. She was followed by Emmy Corbitt who recorded five aces. Stella Huber and Kenzie Reeves each had four aces. Kamrynn Coleman and Kylie Atchison finished with…