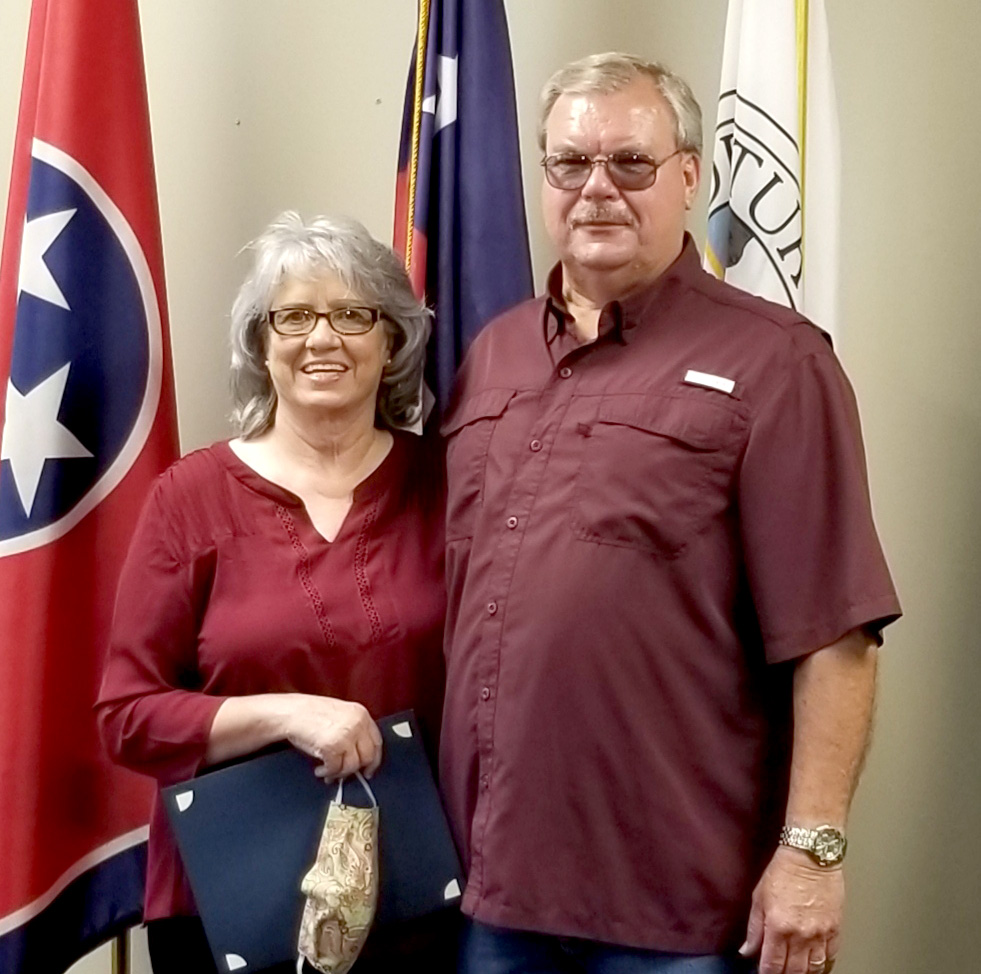 While Betty and L.D. Sims are retiring from the Scotts Hill City Board, they still plan to be active in public service.
Photo Submitted / The Lexington Progress

The Sims have been a unique pair in Tennessee local government. L.D. and Betty Sims have both served on the Scotts Hill City Board at the same time. A situation that is rare in Tennessee politics.

In most cases, when a husband and wife serve on the same elected board, it has been at different times. One might be selected to fulfill an unexpired term or they could run years apart.

For the Sims, the opportunity came two years ago when Betty urged L.D. to run again. L.D. first served a two-year term in 1998. Betty was elected in 2016. In 2020, Betty encouraged L.D. to run because she felt the city needed his experience.

“If you don’t get involved and help your city, how are you going to do anything,” Betty Sims said. “We have had a good board these last two years and we have accomplished a lot.”

While they have both been on the board at the same time, there have been times that they have voted against each other, and they have supported each other.

“Now the last couple of times I did (make a second) to a motion L.D. made, because nobody else would do anything,” Betty Sims said. “But there were very few times that we would do that,” Betty observed. “On a real serious issue, we wouldn’t do that,” L.D. Sims added.

While the Sims live in the same house, they wouldn’t get together on the city issues or upcoming meeting agendas at home before the meeting. “You leave it at the door and don’t bring it in the house,” Betty said.

Also, when city officials needed to speak with an Alderman about upcoming issues, Betty and L.D. tried to keep those conversation separate. If someone came to the house and asked for L.D. then…