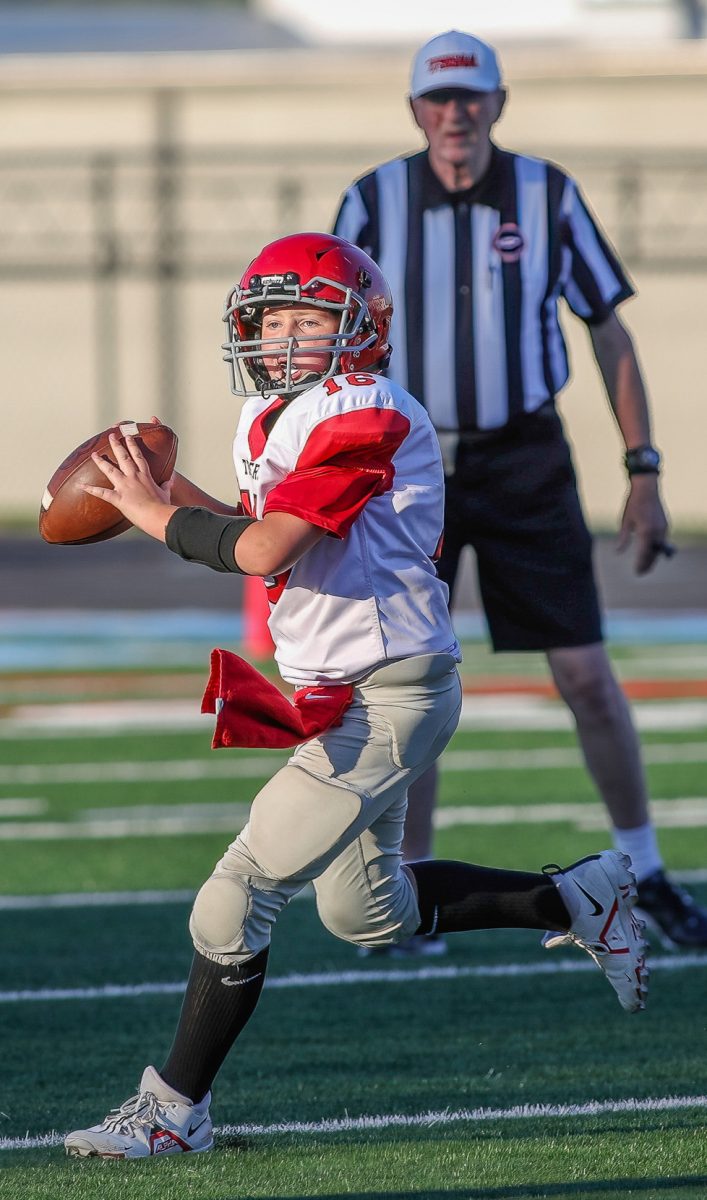 The Henderson County North Tigers were on the road for a second consecutive week last Tuesday, August 23, as the Tigers headed traveled to take on Decatur County Middle School. HCN came off a loss last week against USJ and were hoping to garner a win over the Panthers. The Tigers were met by a stout Decatur County team and unfortunately took another loss in this game as well. Henderson County North was defeated by a score of 22-0.

The Tigers received the opening kickoff and put together a pretty good opening drive. Running back Aviance Huddleston had several good runs on the opening drive. However, the drive stalled, and the Tigers turned the ball over on downs in Panther territory. Decatur County scored on the first play with a long run by their quarterback. The two-point conversion was unsuccessful, and the Panthers led 6-0.

Henderson County North then put together another time-consuming drive but would turn the ball over on downs once again in Panther territory. The Tigers defense held Decatur County and denied them a scoring opportunity as the game reached halftime. Henderson County North had a pretty good half on offense and defense but trailed at the break, 6-0.

The Panthers received the second half kickoff and put together their own time-consuming drive that resulted in a score and successful two-point conversion. That made the score 14-0 at the time.

HCN had to punt after three plays on their next drive but forced a turnover by the Panthers, as Aiden Seaton recovered a fumble. The Tigers took over as the fourth quarter started and…