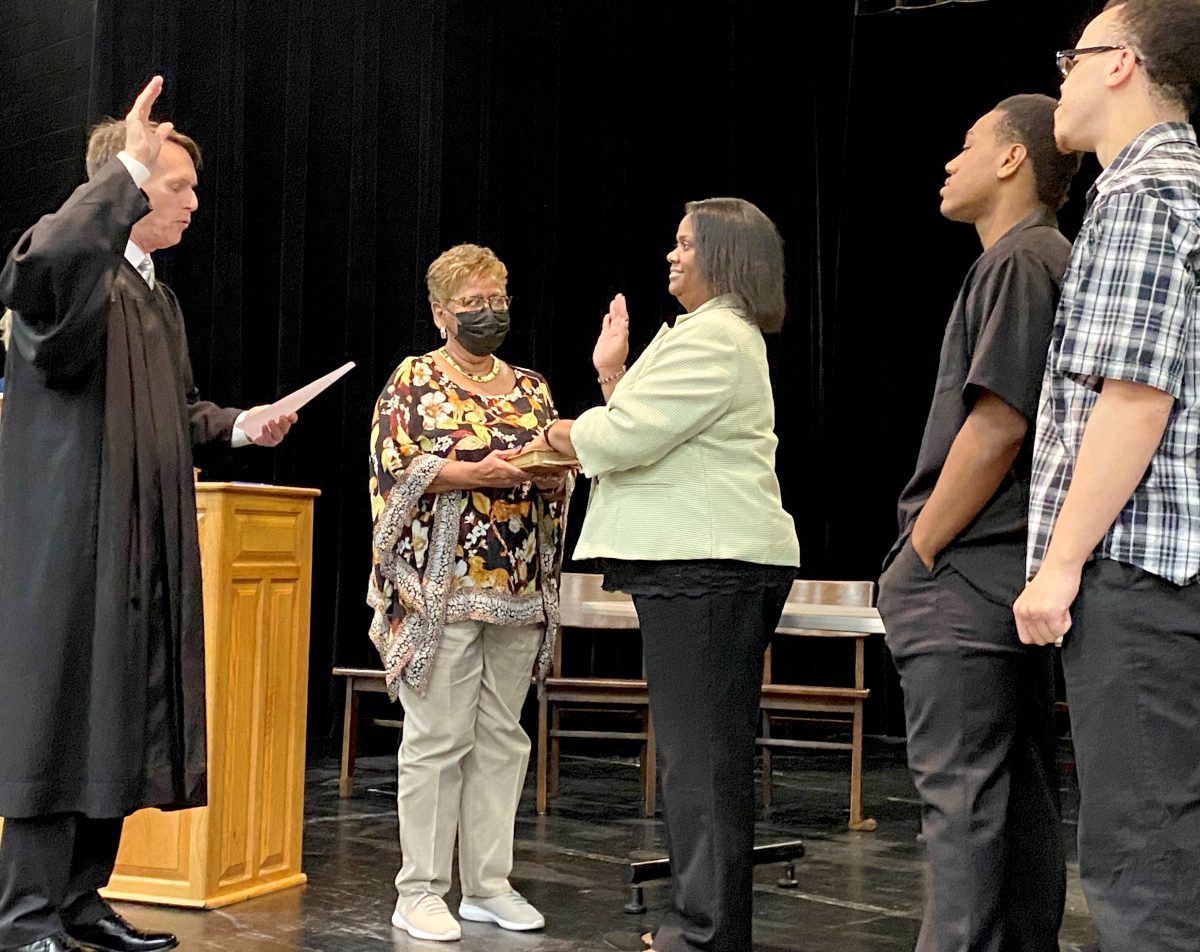 Tasha Carver is surrounded by her family as she is sworn by Judge Roy B. Morgan Jr. Carver will begin her term as the next Circuit Court Clerk, September 1.
Photo by: Steve Corlew / The Lexington Progress

When the Henderson County officials took their oath to office on Monday night, Tasha Carver made local history.

Carver has worked in the County Court Clerks office for almost 30 years, so when Carolyn Holmes decided to retire, Carver thought about the opportunity and with the encouragement of family and friends decided to run.

“I had a lot of help, and it was a lot of hard work,” Carver said about…