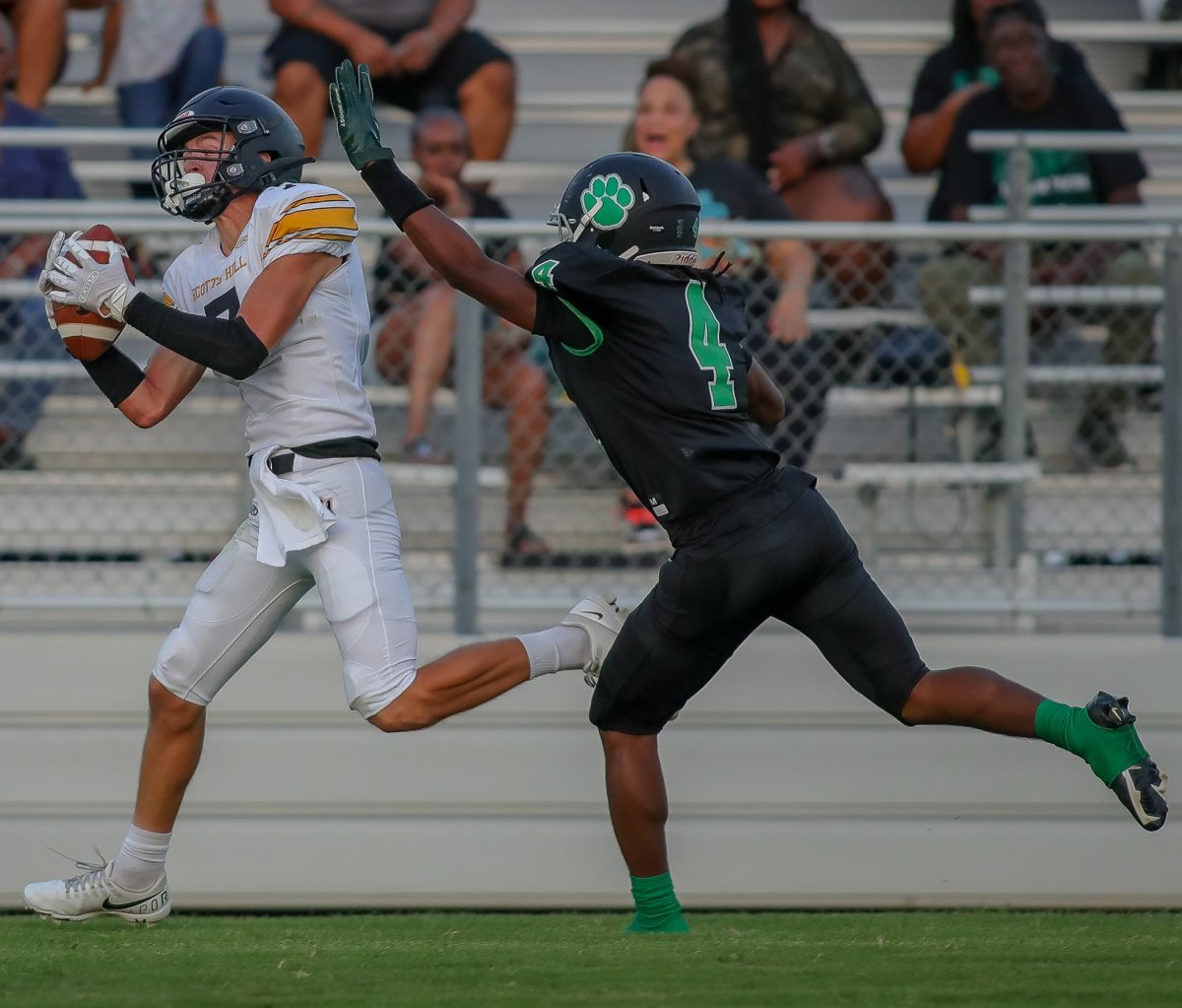 With the Friday night lights in full swing, the regular season is upon us for the 2022 football season. Fans and supporters filled the stadium bleachers and cheered on their favorite team as the start of the season came. Scotts Hill took to the road this past Friday evening, August 19, 2022, as the Lions headed to Bolivar Central to take on the Tigers. In a competitive first half of action, if would be the Lions who claimed the win over Bolivar on the night. The final score of the contest was 34-26.

Scotts Hill amassed 281 total yards on 50 plays from the offensive unit. The Lions recorded 11 first downs along the way, while passing for 43 yards and rushing for 238 total yards. Scotts Hill did commit one turnover on the night and had 45-yards on nine penalties. These weren’t detrimental, as the Lions went on to secure their first win of the season.

The leading receiver for the Lions on the night was…