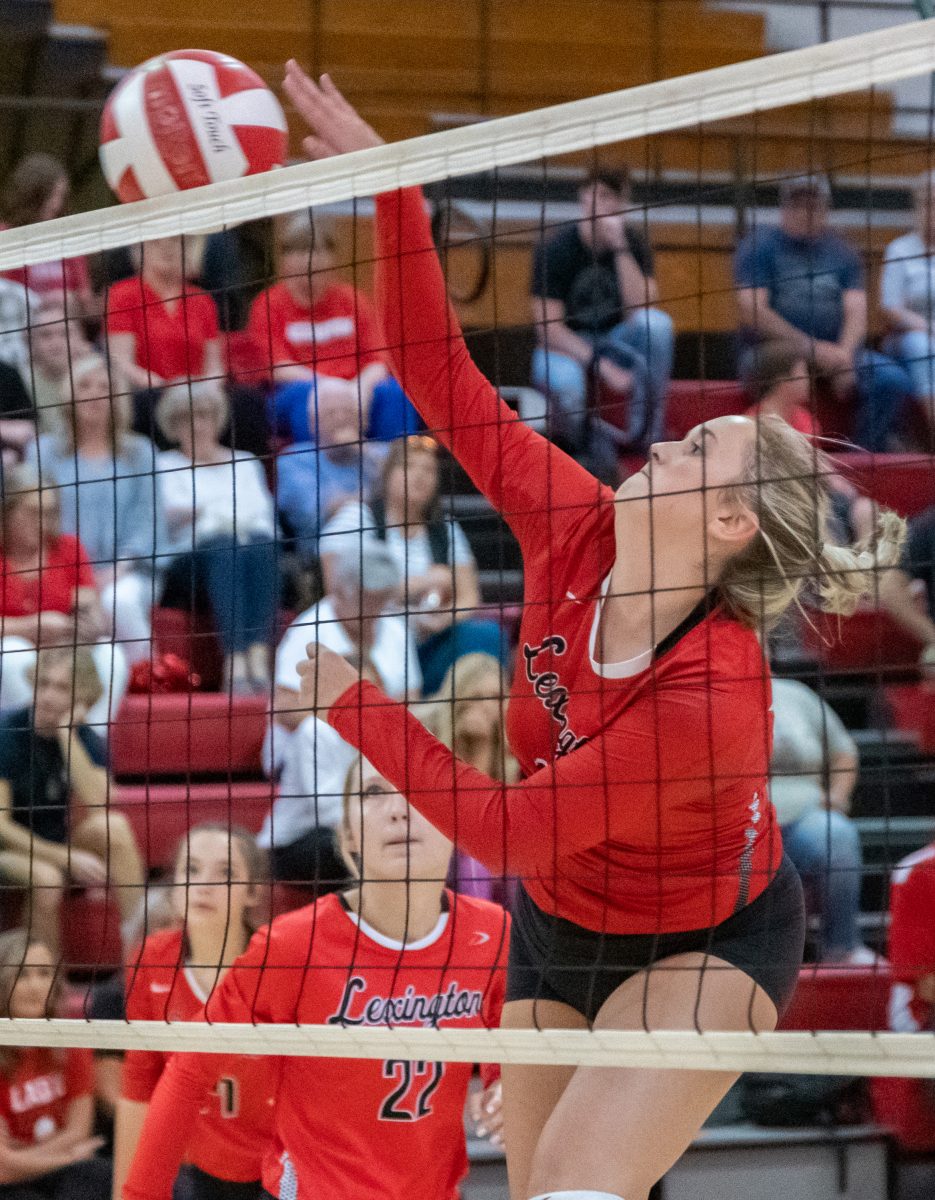 The Lady Tigers volleyball team split matches earlier in the week and were looking to rebound with a home match against Hardin County on Thursday, August 18, 2022. Lexington came out with strong effort and never looked back as the team went on to defeat the Lady Tigers from Hardin County in three straight sets. Lexington would win 25-11, 25-10, and 26-24.

The team was led in assists by one of the team leaders in Kylie Atchison. She finished the day with 30 assists against Hardin County. Kenzie Reeves also had one assist too for Lexington.

Ellie Smith led in kills with 18. She was followed by Stella Huber with five and both Gracie Bromley and Kenzie Reeves each had four kills apiece. Aubrey Hart collected three kills and Kylie Atchison finished with two.
Smith would also lead the Lady Tigers in blocks with two. Aubrey Hart and Kylie Atchison recorded one block each in the win. Emmy Corbitt and Ellie Smith both collected nine digs each. Reeves and Atchison collected five digs apiece, as well.

Taking the team lead in aces against Hardin County was Emmy Corbitt and Kenzie Reeves. Both players had four aces each. Aubrey Hart collected two aces and…