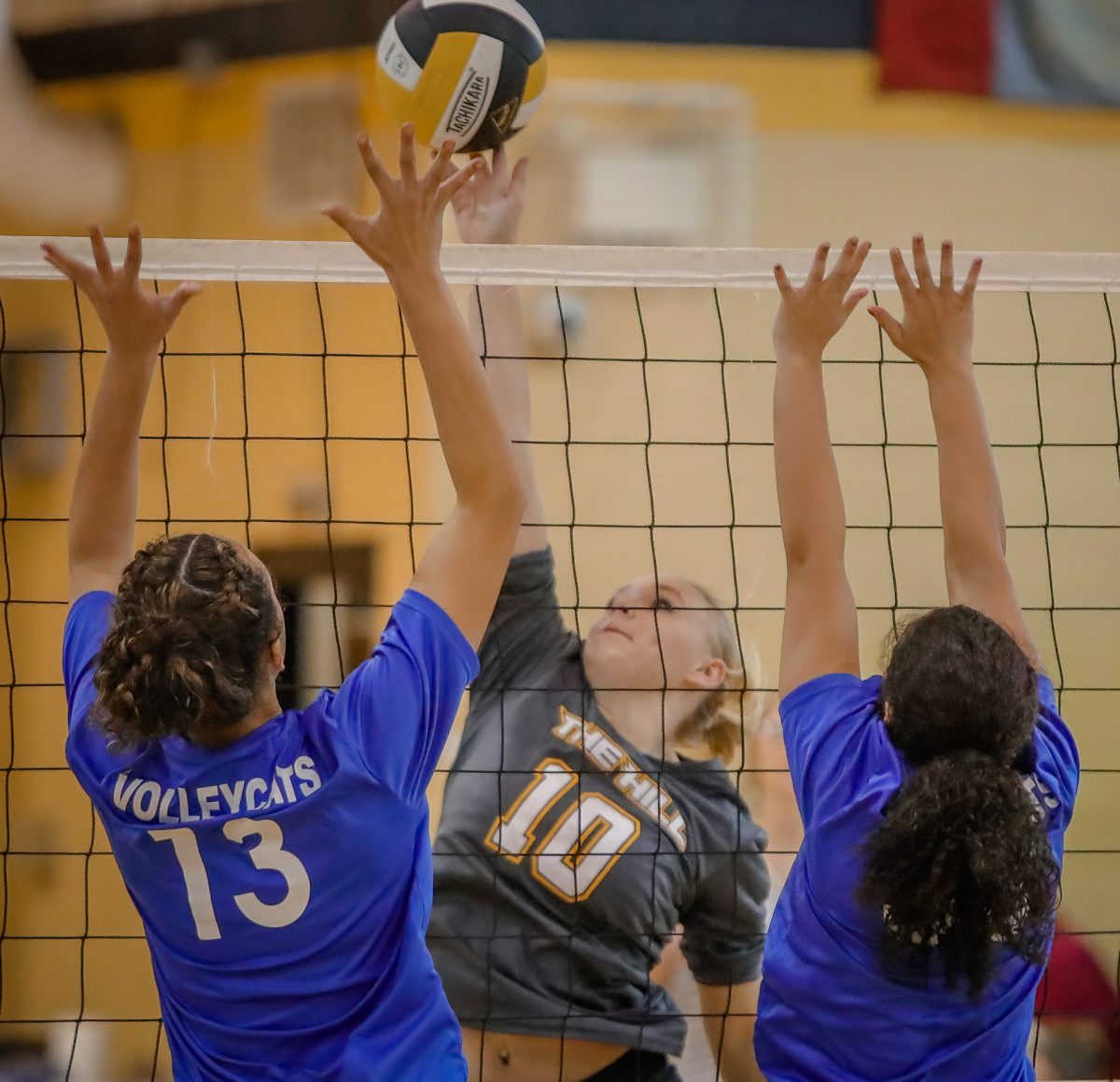 Scotts Hill went 2-0 in pool play, winning four straight sets and earning a 5th place seed in the gold bracket out of 17 teams. The Lady Lions beat Crawley’s Ridge in two straight sets to advance to the semi-finals, where the team lost to Dyer County.

Against Ezell Harding, the leader for Scotts Hill in assists was Bracyn Sullivan, who finished with six. Haven Brawley led in kills with six and both Heather Bartholomew and Brawley had one solo block apiece. Addy Cook led the Lady Lions in digs with eight, followed by Haven Brawley with seven. Three teammates finished with one ace each. Those players were Bracyn Sullivan, Addy Cook, and Haven Brawley. Scotts Hill would defeat Ezell Harding in two sets, 25-22 and 25-20.

Taking on Trenton Peabody, the lady Lions would also go on to win in two sets as well. Scotts Hill defeated Peabody 26-24 and 25-16.