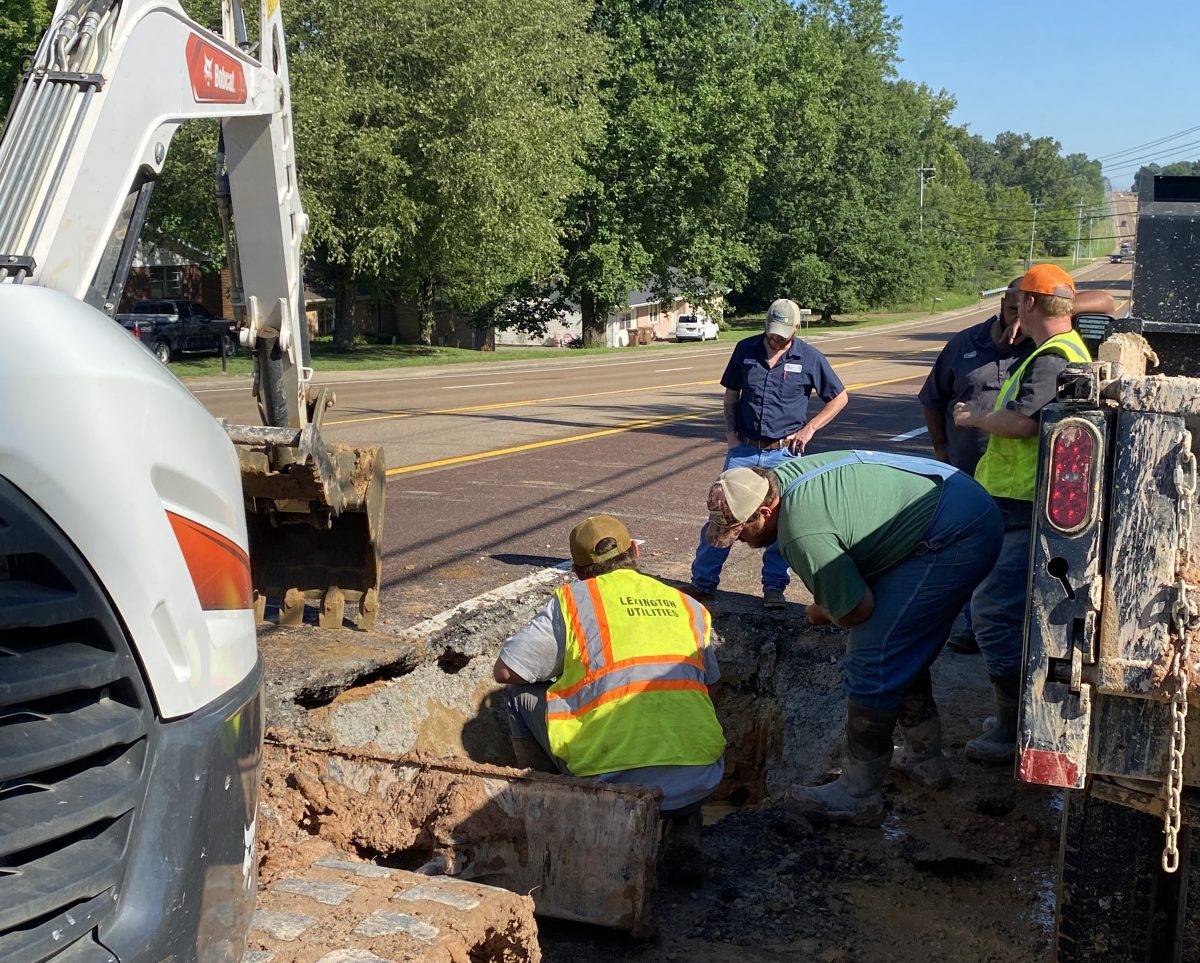 Utility workers repair a leak on North Broad Street, Friday, August 19, 2022. The leak was among a dozen such leaks that occurred around the system this past week.
Photo by: Steve Corlew / The Lexington Progress

Lexington Utility workers were busy last week repairing several water leaks around the system. Between Thursday, Friday, and Saturday, the system responded to about a dozen leaks, according to Lexington Utilities General Manager Michael Hopper.

“In my 15 years I have not seen this many leaks in such a short time,” Harper said. Harper said the cause of the leaks is believed to be a couple of small earthquakes in the region, along with the recent rain.

One of the biggest leaks was on West Church Street, in front of the Everett Horn Library. That leak resulted in a precautionary “Boil Water” alert for Friday. It also affected the water pressure in the…