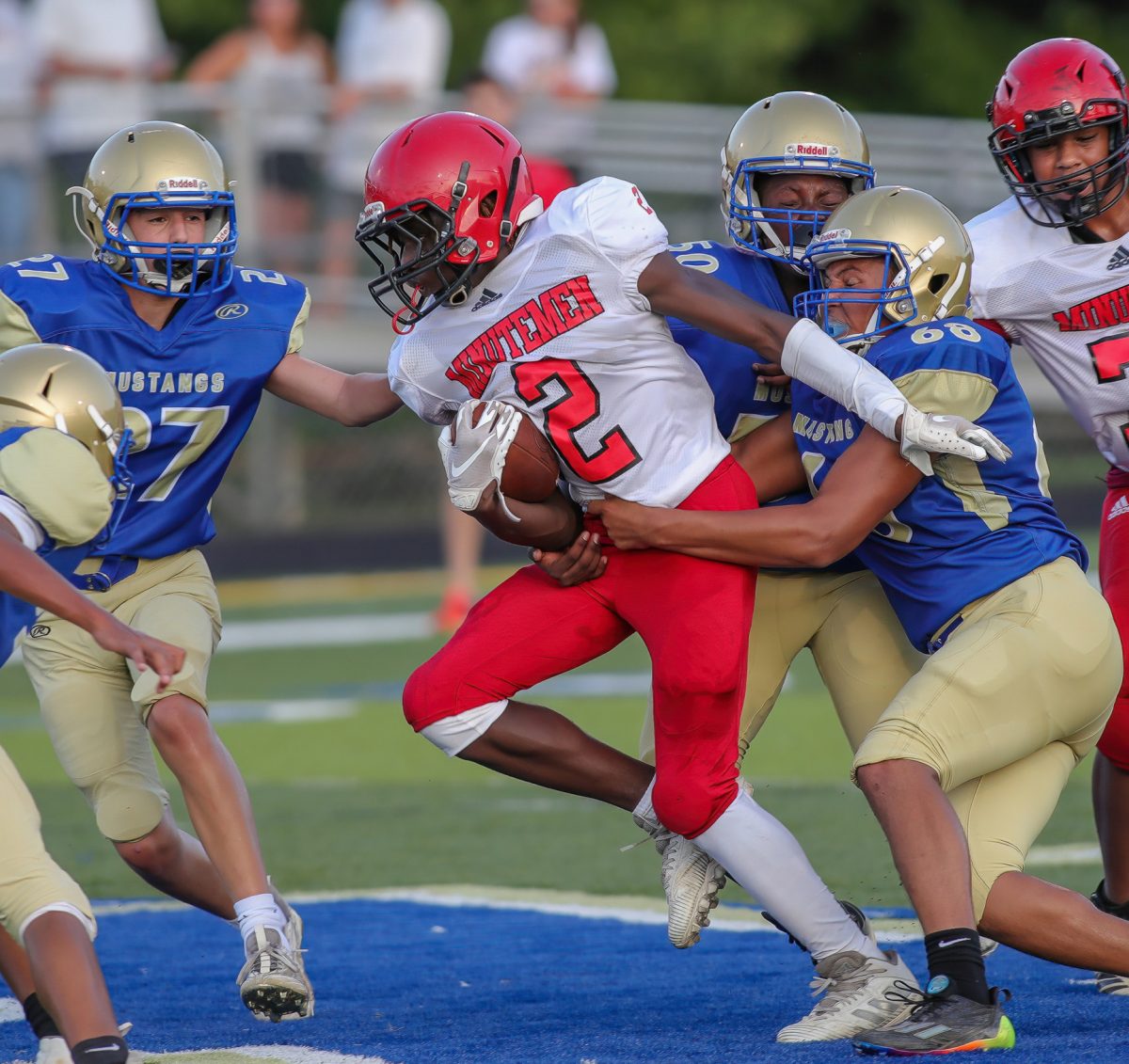 The Lexington Middle School Minuteman football team got their 2022 regular season underway last Thursday night, August 11, when the team made their way into Carroll County and took on the Huntingdon Mustangs. Lexington was looking to start the season with a win, but Huntingdon had other plans. The Minutemen were on the losing end of this game to start the season, by a final score of 18-8.

LMS struggled getting the ball moving and had to punt the football from deep in their own territory. The score at the end of the first quarter was tied, 0-0.

The Minutemen then held the Mustangs on their next drive to a fourth down attempt, but Huntingdon was able to gain the two yards needed for a first down. Huntingdon continued chewing away at the clock and drove the ball to the Minutemen two-yard line. The next play saw the Mustang score and take the lead. Lexington was able to stop the two-point conversion, but the score was 6-0.

LMS took over at their own 43-yard line with a couple minutes to go before halftime. The Minutemen responded with a great drive, pounding the ball down the field. Great runs by McEarl and Pearson drove the ball inside the 20-yard line for…