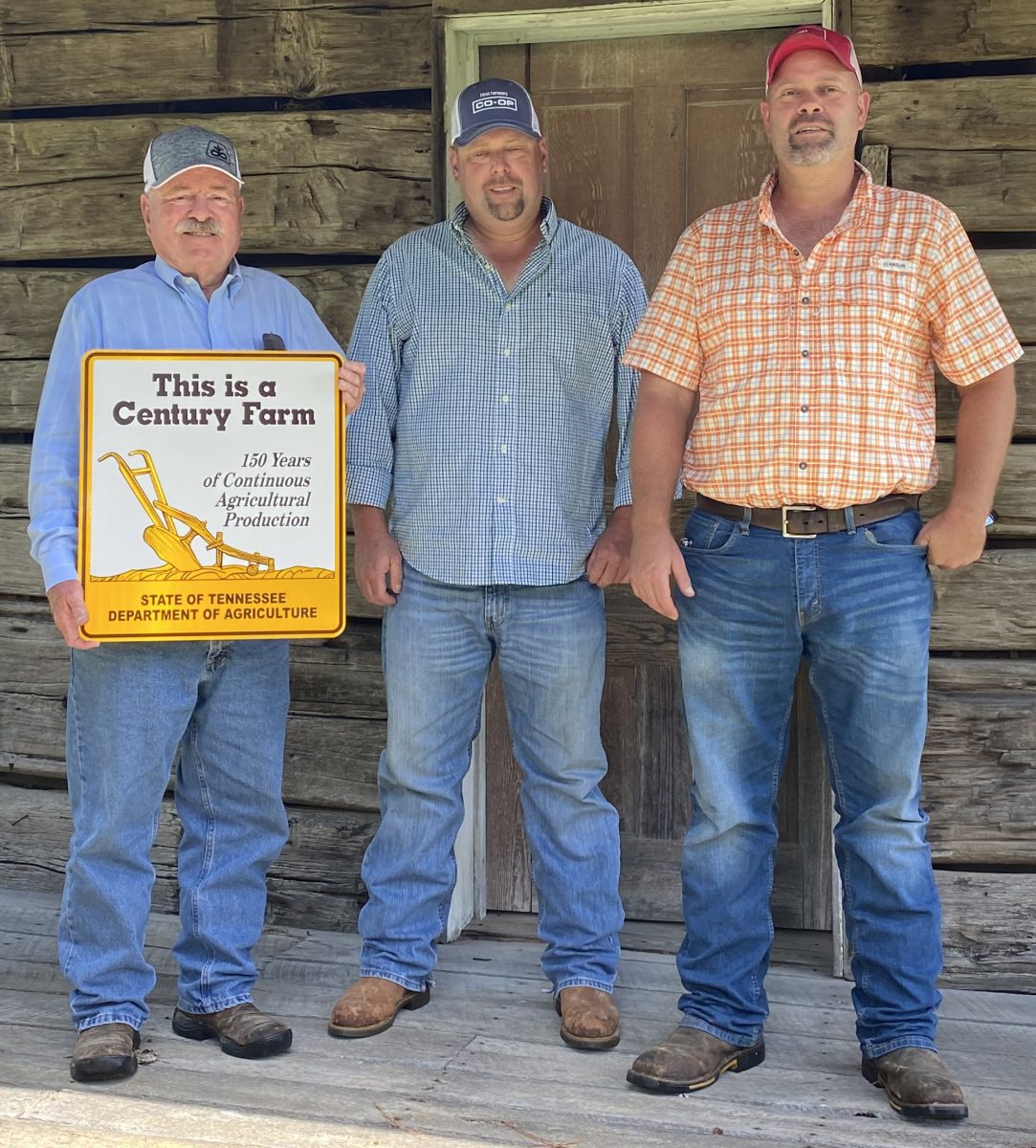 Dale Robins (left) and his sons Clay and Kyle stand on the porch of the log cabin on the original Robins’ farm. The cabin is a German design log structure. The design is known to date to 1825.
Photo by: Steve Corlew / The Lexington Progress

For over 150 years, the Robins family has been living on and farming the same ground in Middleburg. The farm was recently recognized by the state as a “Century Farm” in Tennessee.

Jimmy Dale Robins and his sons Clay and Kyle, not only farm the original homestead, but have added to the farm over the years.

Joseph A. Robins purchased 107 acres to 1868. But as Dale Robins found out in doing his research, finding out the true date of many deeds in Henderson County is difficult because a fire destroyed the courthouse in 1863.

When Robins originally bought the land, it was cheap. In those years, land could be purchased for $1 per acre. Cleared property would sell for as much as $1.50 per acre.

Joseph, a civil war veteran, had fought with the 7th Tennessee Calvary (U.S.) until he was captured at Union City. He was taken to Memphis, Corinth, and then to the infamous Andersonville prison, according to Dale Robins.

Joseph and his wife Nancy had 10 children. The family also donated an acre of land for the Crowell Chapel Church and cemetery. The farm was passed down to John Daniel Robins in 1916.

“It is a good program for history,” Dale Robins said. “I am still researching…