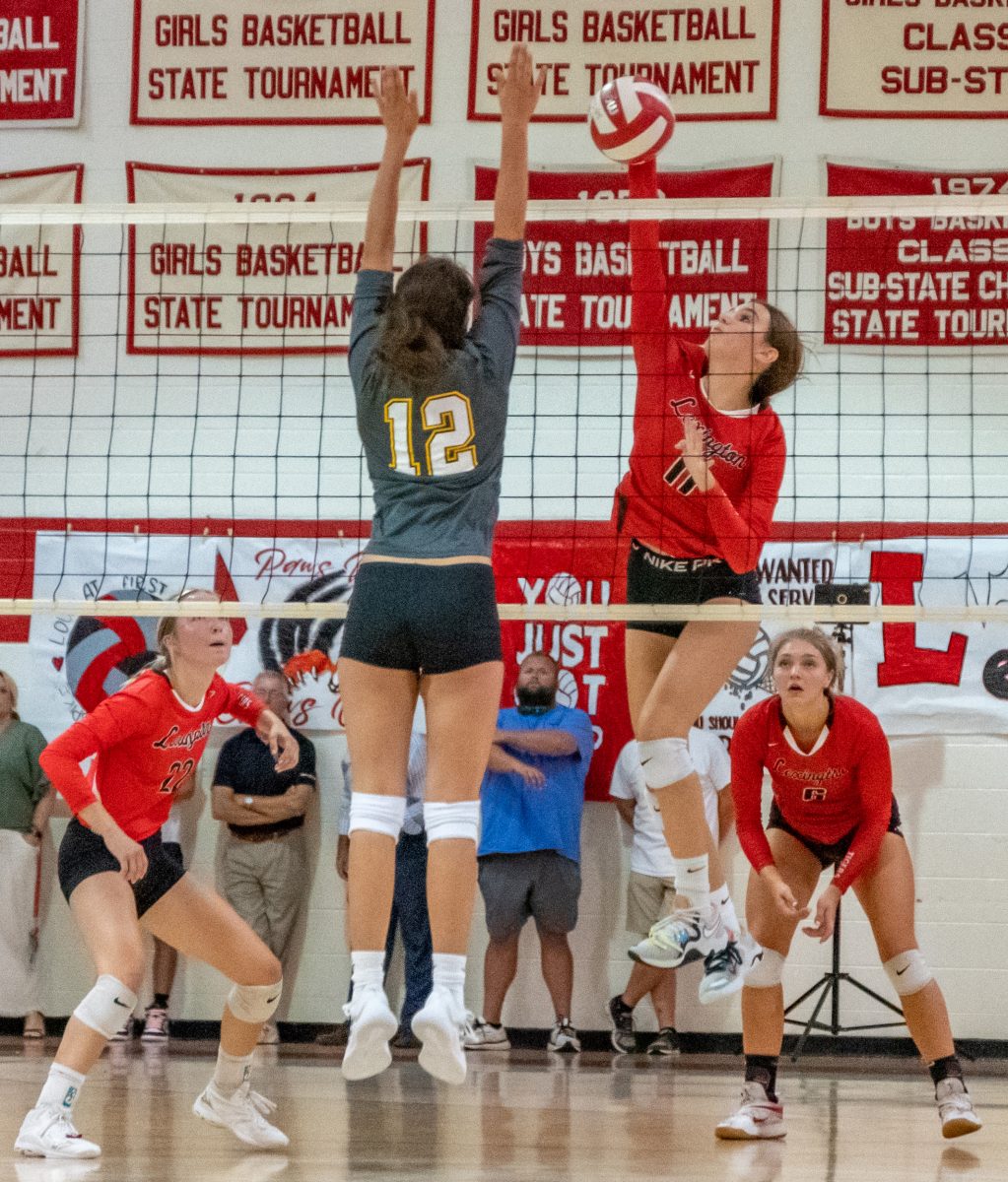 The Lexington High School Lady Tigers volleyball team got their regular season underway on Monday, August 15, 2022. The Lady Tigers welcomed their in-county rival to their home court in the process. Lexington is looking to make some noise this year and has the team poised to do so. The Lady Tigers will be a strong force to go up against as teams play them this season. Lexington started the season by defeating the Lady Lions of Scotts Hill in three straight sets, 25-19, 25-14, and 25-10.

Leading the way in assists for Lexington over the Lady Lions was Kylie Atchison. She collected 24 assists in the win.
The team leader in kills was Ellie Smith, who recorded nine. Stella Huber had seven and Kylie Atchison finished with six kills. Gracie Bromley, Aubrey Hart, and Kenzie Reeves each had three kills apiece in the victory. Both Atchison and Smith also recorded one block each.

Emmy Corbitt was the team leader in digs for the Lady Tigers on the night with 15. Following her was Ellie Smith with nine and Stella Huber who finished with five digs. Three Lady Tigers recorded four digs each against the Lady Lions. Those players were Kylie Atchison, Aubrey Hart, and Kenzie Reeves. Taylor Maness would also collect three digs, as well.

The leader in aces for Lexington was Kenzie Reeves, who finished with seven on the night. Kylie Atchison had four aces herself, and Stella Huber and Aubrey Hart recorded…