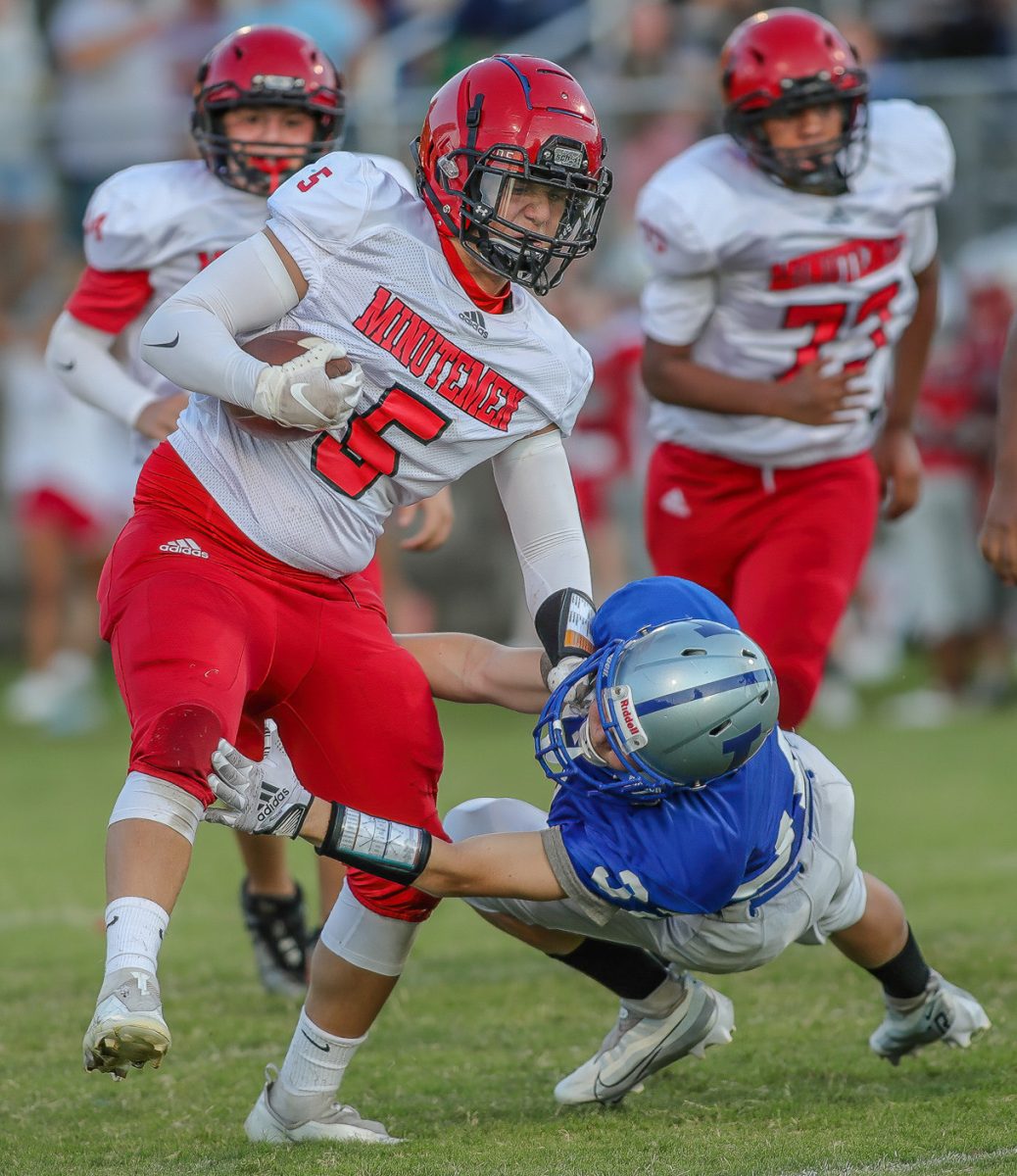 The LMS junior varsity team played the fourth quarter of the jamboree versus Paris Inman junior varsity. The Lexington Middle School Minutemen team received the ball first and a nice scoring drive was put together behind the hard running of Levi Wilkinson and PJ Haynes. The drive was capped off with a 15-yard touchdown pass to Lee Grissom from Ross Wilson. There were also some very nice defensive plays by Barrett Adkisson, Linden Spain, and Dysan Jordan that kept Paris Inman out of the end zone. The final score of the junior varsity contest was LMS 6 and Paris Inman 0.

As the varsity teams hit the field and competed in the annual jamboree game, Paris Inman took the ball first in the scrimmage. Things didn’t take long, and Paris Inman found the end zone when the quarterback kept the ball and went around the corner for a 40-yard score. The two-point conversion failed, but Paris Inman led 6-0, at the time.
The Minutemen responded effectively with an ensuing ten play drive. Austin Evans and Brady McEarl pounded the ball down the field for Lexington Middle School. Evans found the end zone to…