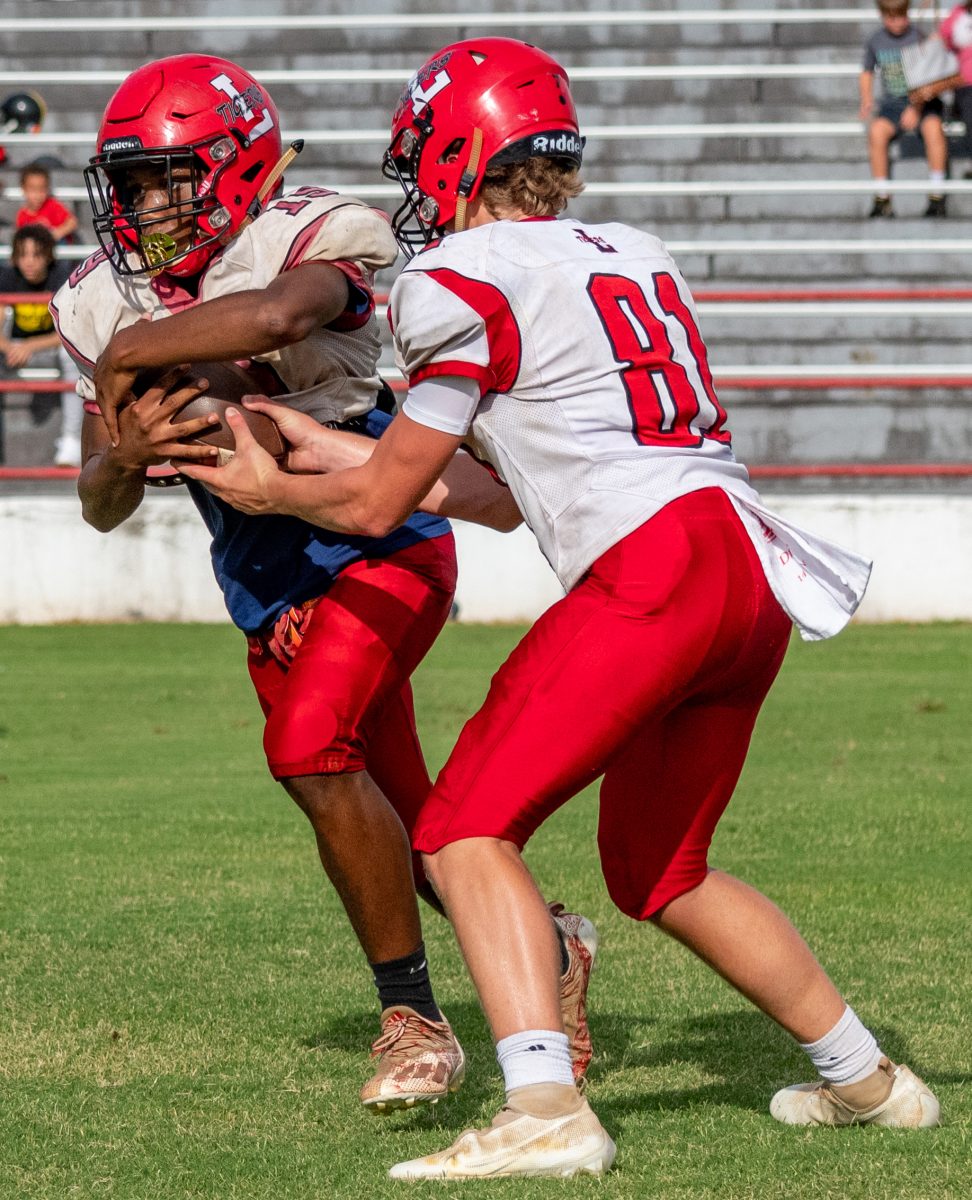 We had a chance to get some words and insights from the head coach of the Tigers, Bryant Hollingsworth, about his team’s performance against McKenzie this past Monday evening.

The Lexington High School Tigers football team, while giving their best effort and playing hard throughout the scrimmage, was shown there are some team adjustments that will need to be made before the season starts, if Lexington wants to continue to have success as the season progresses.

LHS unfortunately was not of the winning end of things in this scrimmage game against the McKenzie Rebels. McKenzie was able to score two times in the scrimmage against Lexington, while the Tigers were only able to reach the end zone once in the exhibition style match against the Rebels.

Head coach Bryant Hollingsworth stated, “We owned up to our mistakes in the defeat, but those mistakes will be addressed and corrected accordingly before the start of regular season play.”

The head coach was pleased with his team’s stamina and endurance. He noticed that his players were out on the field for a lot of the plays, a big majority of them, but that the Tigers were conditioned well and…