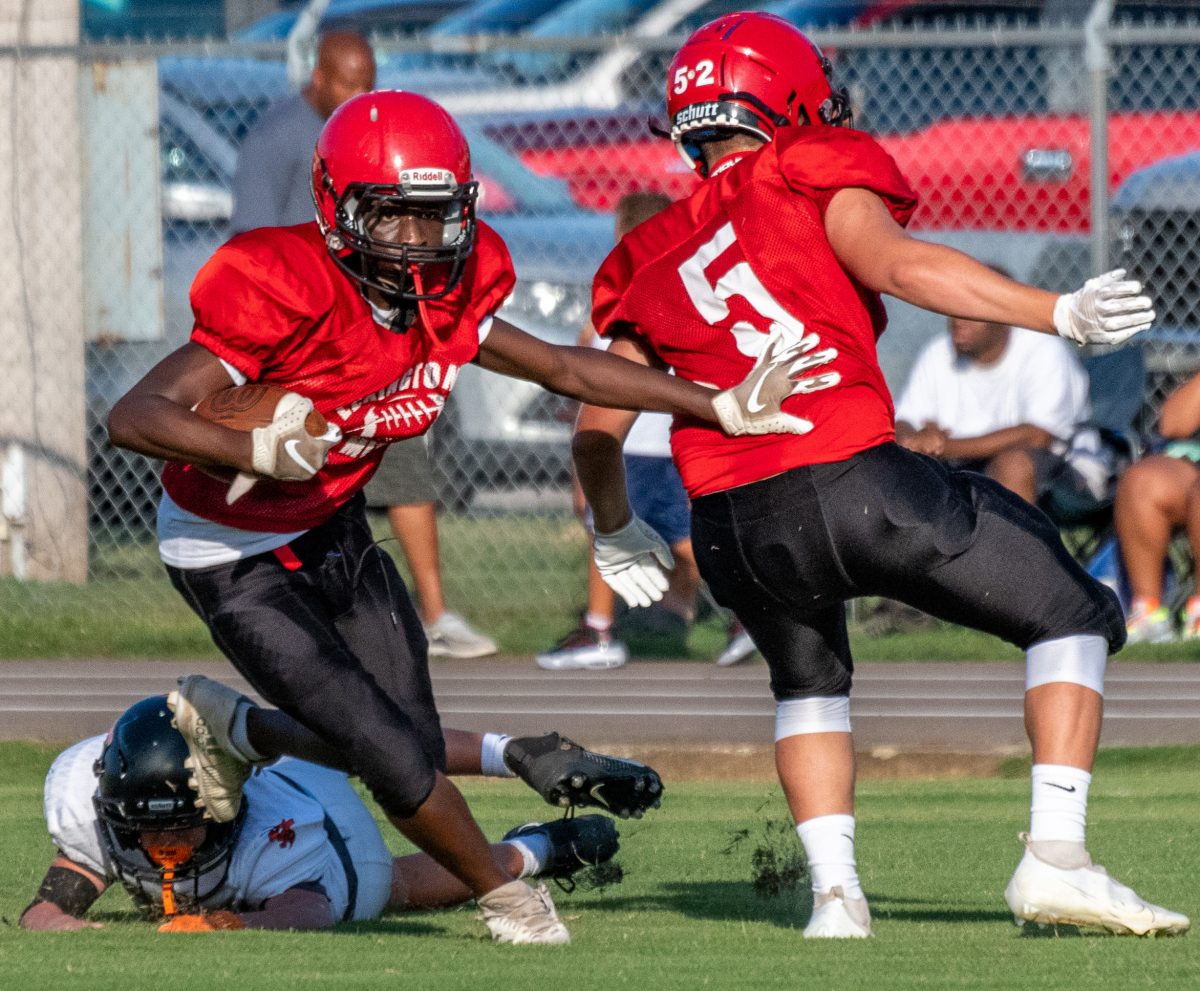 The Lexington Middle School Minutemen football team welcomed South Gibson to Minutemen Field last Thursday evening, July 28, 2022. The Minutemen were chomping at the opportunity to showcase the hard work that had been put into practice since the dead period had been lifted. The stands were crowded as the two teams went back and forth with one another to try and gain an advantage over their opponent. This scrimmage game for the Minutemen was a way to help bring their squad together even more and get them ready for the season ahead.

In being able to prepare for the scrimmage against South Gibson, Lexington Middle School was able to have a great spring practice that helped propel the Minutemen and transition the team quickly into their summer practices. LMS is now fine tuning the offense and defensive game plans and are trying to get the players in best spots for them to be successful throughout the season.

The coaching staff knew that South Gibson would be a very disciplined team, especially on defense. “We stressed ball security and blocking until the whistle blew,” stated the head coach of the Minutemen Brad Wallace. “It was tough to move the ball against them, but Cameron Smith was able to score on a long touchdown run for us,” said Wallace.

As for the Minutemen’s defensive unit, it was nothing but great play by that squad in the scrimmage game. South Gibson was big and aggressive up front, along the offensive line, but the LMS defense was able to hold their own and…