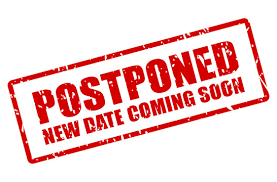 The Summer Twilight Tour has announced that the was originally scheduled in Parkers Crossroads for July 23, 2022, has been postponed and will be rescheduled.
File Photo / The Lexington Progress

The “Summer Twilight Tour” for the Parkers Crossroads Battlefield has been postponed due to the heat. The tour will be rescheduled for a later date.

The American Battlefield Trust was including the tour as part of the “Summer Twilight Tour” series. The tour was originally scheduled for Saturday, July 23, 2022.

For information you can contact the visitors center at 731-968-1191 or email pcvc@att.net.

For this and other interesting articles, see the July 27th edition of The Lexington Progress.