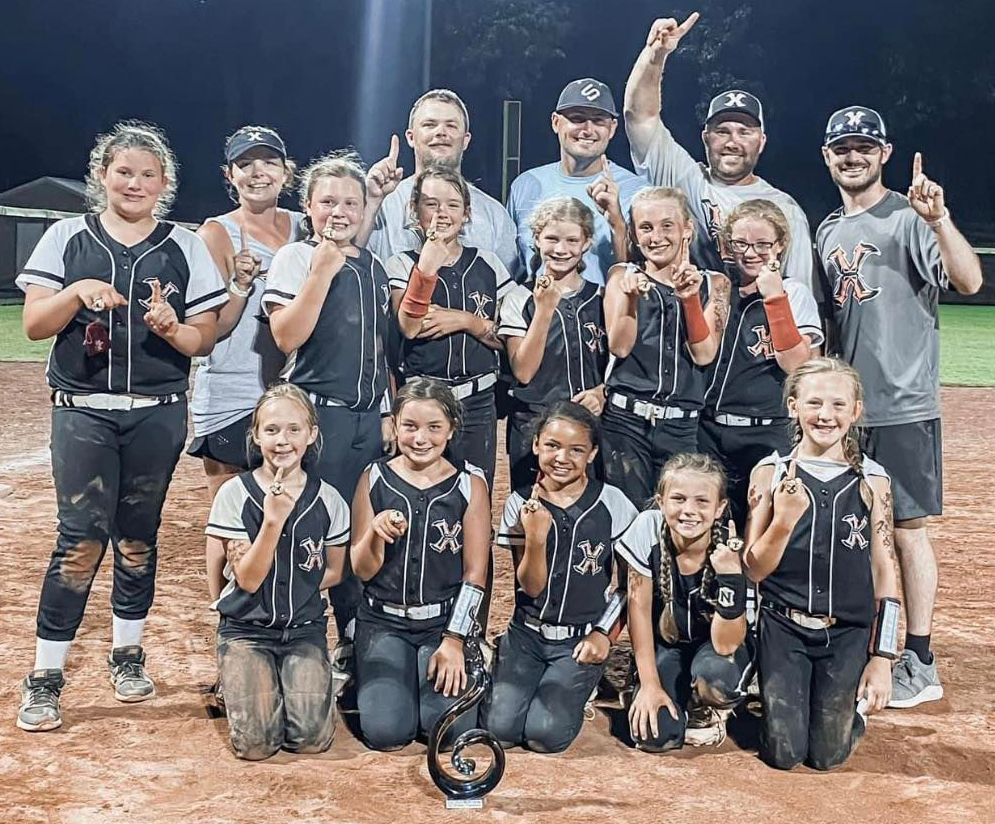 Xtreme 12 softball was crowned as World Series Champions of the 2022 USGF World Series that was played in Clarksville, Tennessee.
Photo Submitted / The Lexington Progress

With the all-star season in full swing, there is another major accomplishment to highlight with a local softball team from our community. The Xtreme 12 softball team made their way to Clarksville, Tennessee last week to compete in the USGF World Series. This competition sees some of the most top talented teams across this age division go head-to-head with one another for a chance at a world series ring. When the dust settled at the end of the tournament, the Xtreme 12 softball team stood atop the standings and claimed their third straight championship, across multiple age divisions. The team won the USGF World Series.

Coaching this team was Mallory Simko, Justin Simko, Josh Smith, Carey Middleton, and Nathan Howell. Being the third year in a row to take claim to this prestigious accomplishment, the team also won the 6U, 8U, and with this world series championship the 10U division. A great team, that comes together for the benefit of everyone, showcased their talents and displayed what it took to win yet another world series last week.

Each young lady played a big role in rallying through their games and the crowd saw a beautiful sight in just that. The girls never gave up, even if the crowd of supporters had questions of their own and might have thought they had. In the championship game, Xtreme 12 were down 7-1, and as the game went along were also getting beat 10-5. But with girt and determination, the team rallied and came out as the undefeated champions for the third year in a row at the USGF World Series.

For complete coverage, see the July 13th edition of The Lexington Progress.