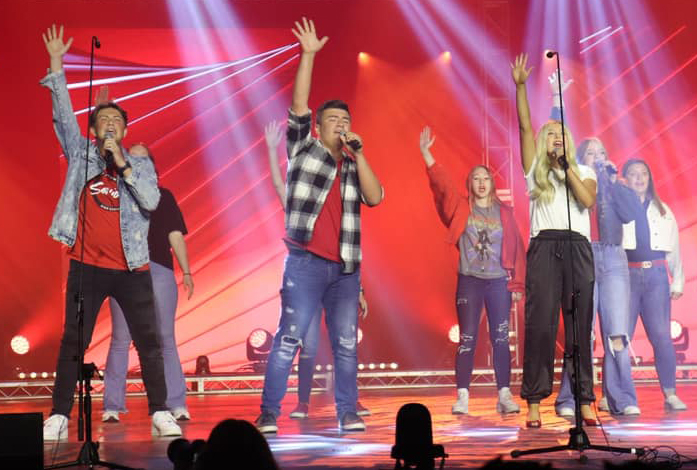 The LHS Beta Club attended the National Beta Club convention in Nashville, Tennessee recently and brought back many top honors for their performances.
Photo Submitted / The Lexington Progress

The Beta Club is the largest national non-profit youth organization and according to Nicki Johnson, LHS Beta Club sponsor, the Lexington club started in 1937. This is our 85th year on campus. The Future Farmers of America is the only club older.

“The club owes a huge thank you to all parents, our booster club, and our community partners that worked hard and contributed time and money to help these students reach their goals and represent our community,” Johnson said.

On the first day, the club won the “Beta Together” award which was given to one club in the country that exemplifies the convention theme throughout the year.

LHS Beta won the national championship in the Performing Arts Group category for the first time after finishing in the top 5 for the last 4 years.

The Show Choir won 4th place out of 30 choirs, which included the state champions from across the country. The choir sang…

For complete coverage, see the July 13th edition of The Lexington Progress.