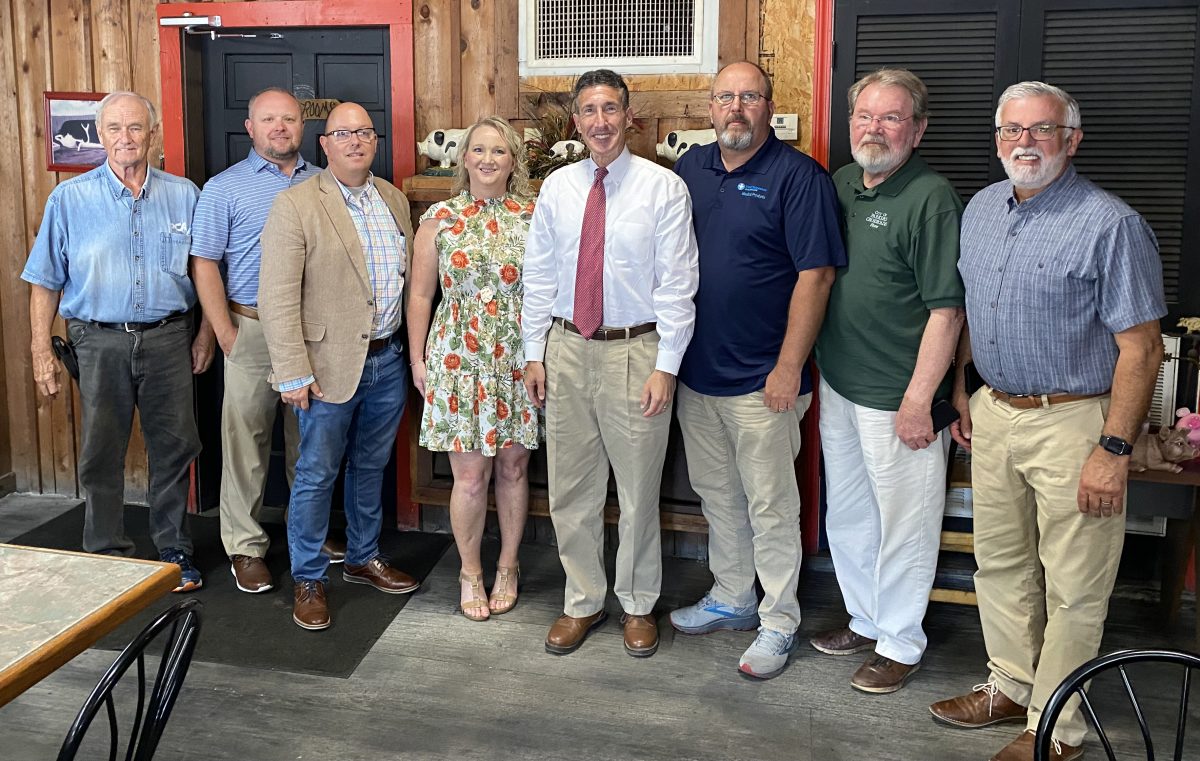 Congressman David Kustoff met with local officials Thursday, June 30, 2022, in Lexington. Kustoff, the Eighth District Congressman from Germantown had the opportunity to meet with the Joint Economic and Community Development Board.

The group exchanged ideas on industrial growth education and transportation.

Mayor Jeff Griggs pointed out that because of Henderson County’s unique location halfway between Memphis and Nashville and they are just outside the zone where the Blue Oval City is expected to draw their labor force, several Ford Motor Company suppliers are looking to possible locate in this area.

“I am really encouraged by the future growth prospect. Henderson County is a good place to work and…