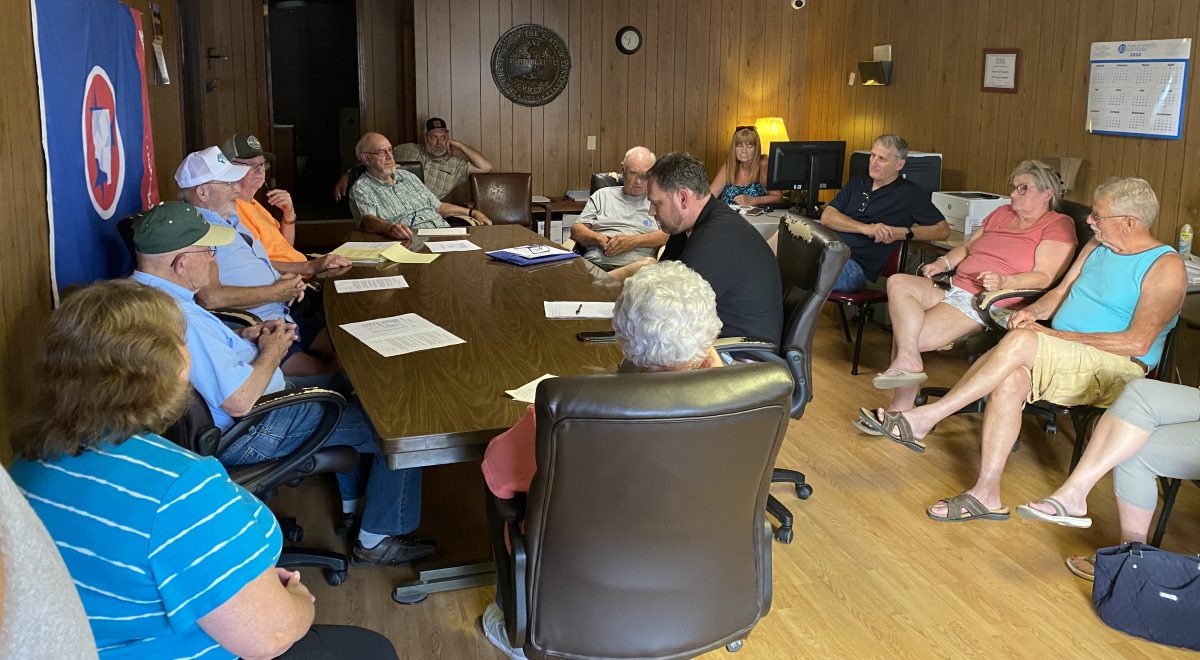 The Sardis City Board heard concerns from citizens on Monday evening, June 6, 2022.
Photo by: Steve Corlew / The Lexington Progress

A group of concerned citizens met with the Sardis City Board Monday night, June 6, 2022, to express concern over a possible trailer park development within the city limits.

Sardis resident, Marilyn Long, addressed the city board to see if anything could be done to regulate such a development. The trailer had been put on a lot near Henderson Road and Oakmont Street.

“I would like to see something done about a trailer park going in,” Long stated. “I don’t want to see this type of development in our city.”

“The town of Sardis has no code or ordinance to do anything about it,” Holland observed.  He did suggest that the city consult with the Municipal Technical Advisory Service (MTAS) to see if something could be done.

Long asked if the city could start something from this point forward. “I want us to come together as a community,” Long said.

For the complete story, see the June 8th edition of The Lexington Progress.