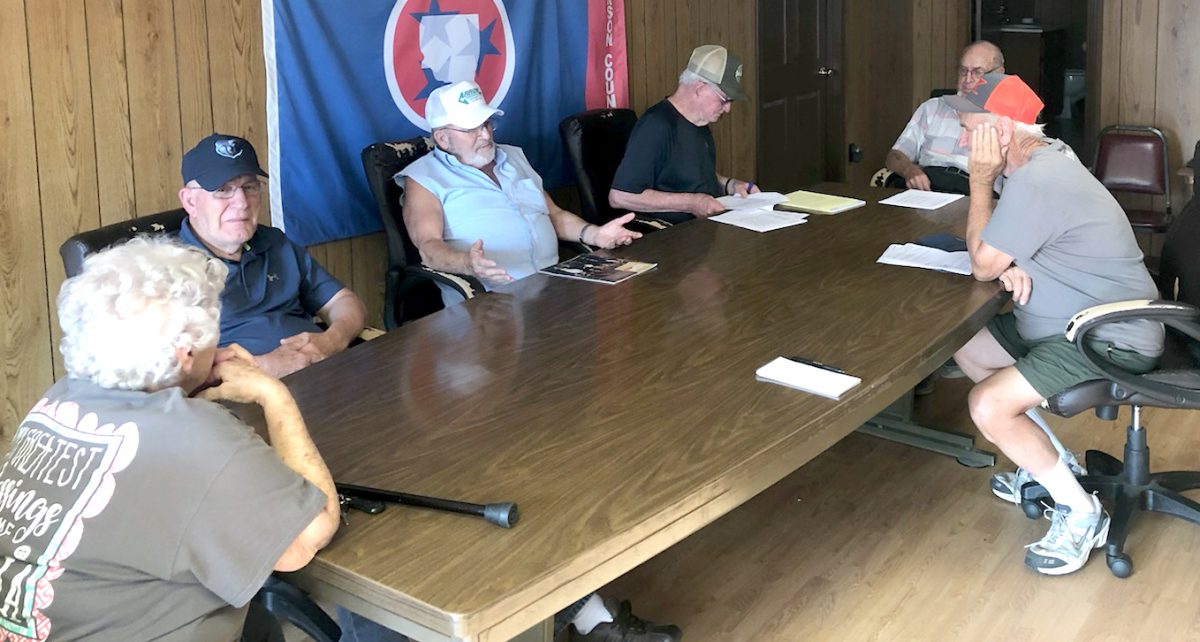 The Sardis Board of Mayor and Aldermen met at Sardis City Hall on May 17, 2022, for discussion of the proposed budget of FY2023.
Photo by: Blake Franklin / The Lexington Progress

The Board of Mayor and Aldermen met on Tuesday evening, May 17, 2022, for a public hearing, along with a called meeting, at the Sardis City Hall building.

Mayor J.W. Creasy, along with aldermen Larry Smith, Gail Wade, Richard Holland, Kenneth Scott, and City Recorder Wayne Scott were present, and the quorum was met, and the meeting was brought to order at 6:05 p.m.

The board being in a public hearing meeting at the time began discussion of the proposed budget for the FY2023.

Wayne Scott, City Recorded, noted that the amounts discussed for the FY2023 were proposed amounts, and that the FY2022 year were estimates as those budgets hadn’t been audited this year, as of yet.

Then, the board discussed the proposed budget for the General Fund revenues would come in at $100,769, a decrease from the estimated FY2022 year, which revenues were $100,962. The board also proposed that expenditures for the FY2023 would also meet $100,769. This amount includes the General Government, Public Works/Street Department, and the Parks Department.

Moving to the proposed budget for the State Street Aid Fund, the board proposed revenues would be $12,200, with the proposed expenditures being $12,200, also. This is a…

For the complete article, see the May 25th edition of The Lexington Progress.