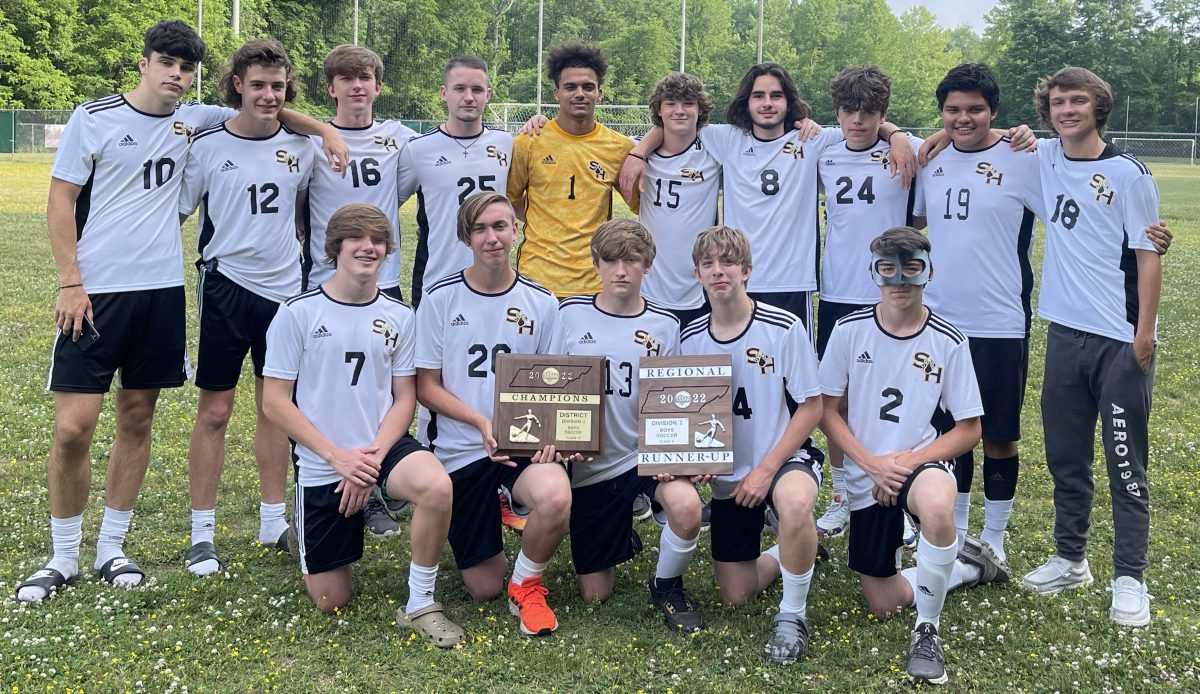 The Scotts Hill High School Lions soccer competed in the highest level of play in the school’s history of their soccer program, over the course of the last few weeks. Beginning with a District Championship as referenced in last week’s edition, the Lions soccer program continued to make history through this past Saturday, May 21, 2022.

On Tuesday, May 17, 2022, the Scotts Hill Lions soccer team hosted, for the first time, the Region 6 semi-final match, in which the Lions faced the District 12 runner-up Trenton Peabody High School. The community and school lined the sidelines to witness this historic game in the making. Scotts Hill came away with a fantastic win, securing two goals in the first half and several steals by a strong defensive line. The team also had beautiful ball work from the back line through the midline and also to the front offensive line throughout the game. Peabody scored one goal in the second half, but the SHHS Lions countered with a third goal and another impressive performance by the team goalkeeper in order to secure the win at the final whistle.

This win led the way to another historic moment: advancement to the Region 6 Championship where the Lions faced a very strong Jackson, Tennessee based Madison Academic program on May 19, 2022. Despite the efforts on the field, the…