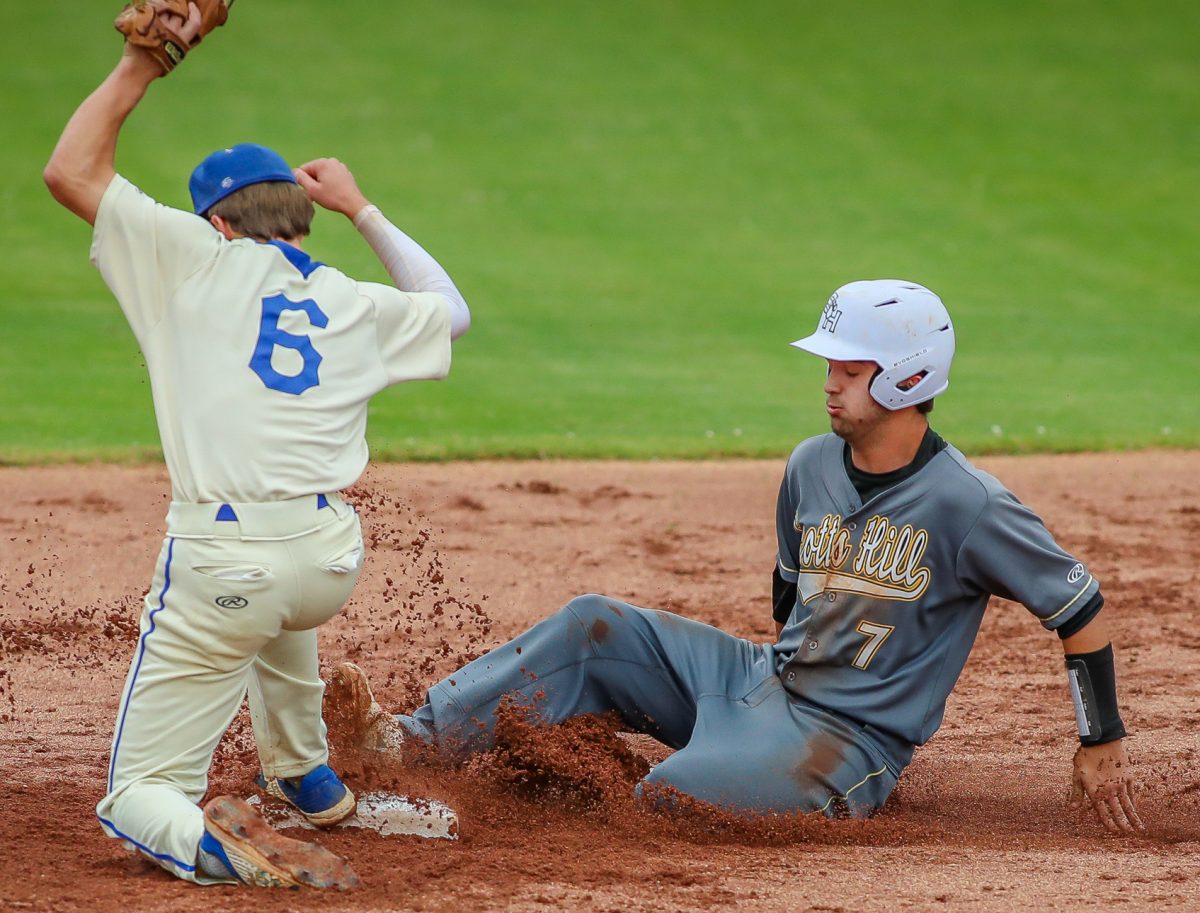 The Scotts Hill High School Lions baseball team was in action on Saturday afternoon, May 7, 2022. This was the Lions first game of the district tournament, which is being played at Adamsville High School, and saw the team pitted against the Riverside Panthers baseball program. This contest drew plenty of excitement as Scotts Hill took the lead late in the game on a grand slam by Kyle Carter that secured the win for the Lions over the Panthers. The final score was 16-7, in favor of Scotts Hill.

At the plate, Scotts Hill was led by Jackson Crider, who went 2 for 2 in the win. Crider recorded two singles and collected four RBIs. Joe Romines was 2 for 3 with a single and a double. Ripken Clenny finished 2 for 4, with two singles. Myles Maness, Colton Bailey, and Kyle Carter were all…