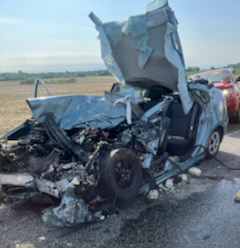 Later the same morning, Clint Allen, with the Henderson County Rescue Squad, said that there was a two vehicle collision on the Wildersville–Timberlake Road. “One patient was in critical condition and…