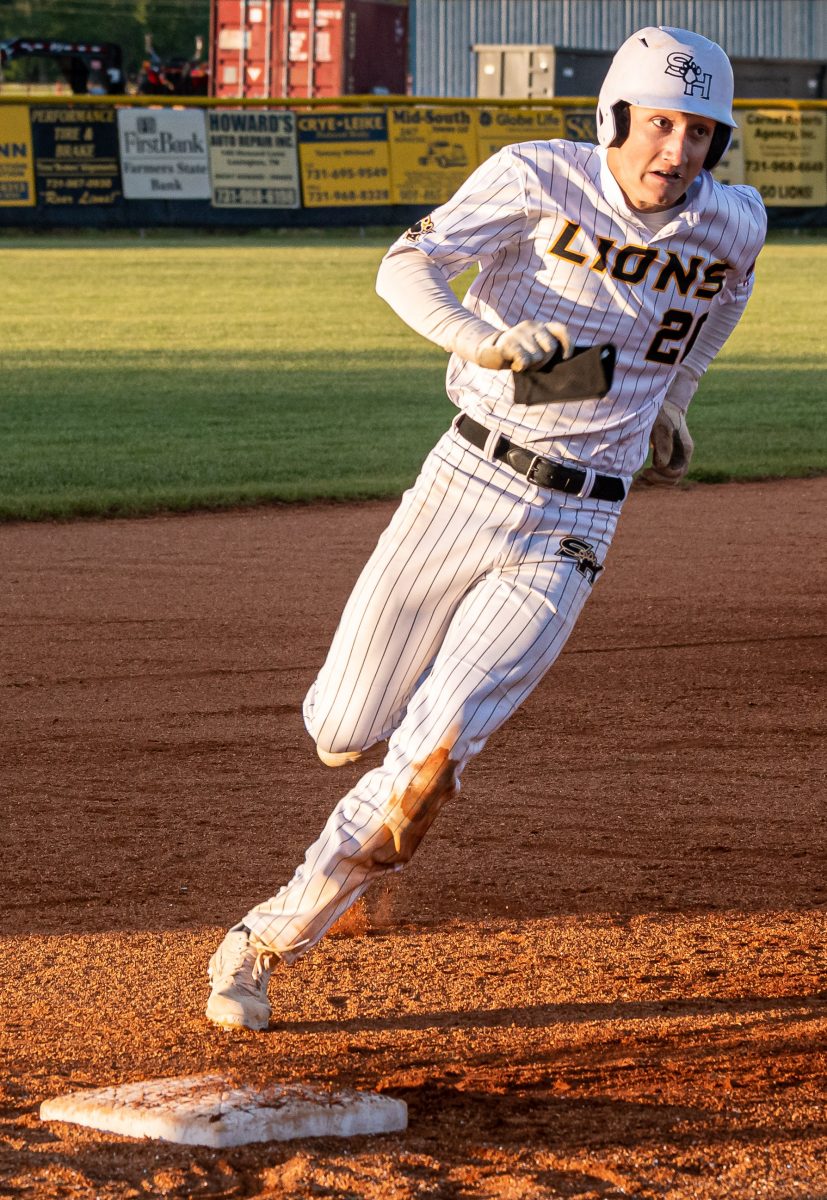 The Scotts Hill High School Lions baseball team was back in action last Tuesday, April 26, 2022, with a doubleheader against the Madison High School baseball program. The Lions welcomed Madison to their home field in Reagan, Tennessee to play back-to-back games on the night. Scotts Hill wasted no time in putting the game out of reach, in both games, as the Lions would win each contest by a wide margin of victory.

The Lions recorded 13 hits in game one of the doubleheader. Leading the way at the plate were Joe Romines, Colton Bailey, Bryce Allard, and Chance Rogers. Each teammate finished 2 for 2 in the win. Rogers and Romines collected two RBIs apiece, with Allard having recorded one RBI. Myle Maness and Maddox McClain each were 1 for 2 for Scotts Hill. Both hit for a single and each recorded and RBI, as well. Jackson Crider and Eli Patterson both went 1 for 3. Patterson recorded a single, while…