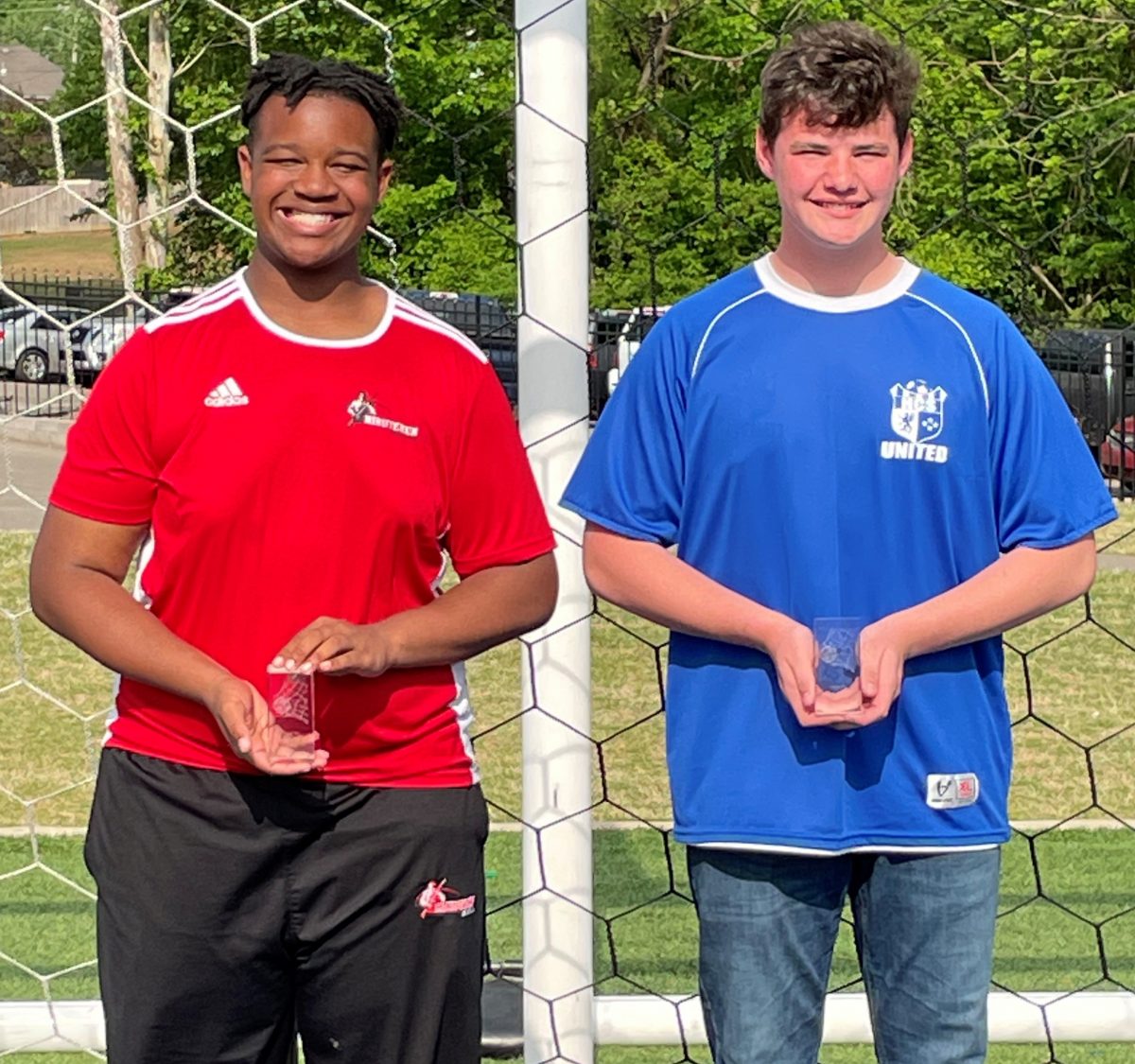 Small groups from the Lexington Middle School and Henderson County United soccer teams traveled to Jackson Christian School, this past Saturday, April 20, 2022, for the region finals and to see their All-Conference players recognized. Each team in the region chooses one player from their team for this distinction.

For LMS, goalkeeper, Brayden Bailey earned this honor. Brayden joined the Minutemen Soccer team during his 7th grade year and is graduating as an 8th grader this year. Brayden is an all-around athlete having played basketball and also plays football for the Minutemen as well. Because of this, Braden was a natural at goalkeeper and after learning the game, quickly became the backbone of the team. His positive attitude and team leadership were unmatched, but it was his game statistics that earned him the award with 70 saves for the season.

For Henderson County United, goalkeeper Owen Lansing earned this honor. Owen joined the HCU team during his 6th grade year and is graduating as an 8th grader this year, as well. He also plays in the Lexington Soccer League, which he has for over four years. Owen worked hard over the years to earn a starting position with Henderson County United his 7th and…