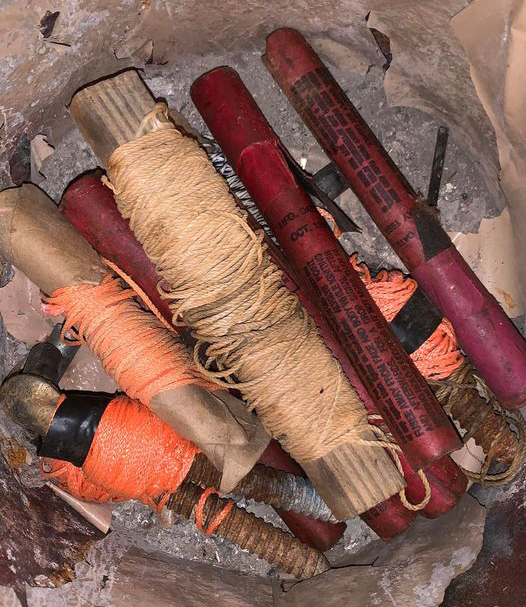 Henderson County Emergency Management was assisted by the Jackson Bomb Squad in possible explosives at a residence in Henderson County on April 27, 2022.
Photo Submitted / The Lexington Progress

Henderson County Emergency Management was contacted on April 27, 2022, about identifying some possible explosives. A resident who, sadly, lost her husband recently, was cleaning out his shop when she discovered what she believed to be dynamite. She had no knowledge of him owning anything of that nature, where he would’ve gotten it, nor what it was. She only knew what it looked like and decided to contact us.

Thankfully, we were quickly able to determine the items were were old road flares, and the property owner requested that they be removed. Per our operating guidelines, we had already contacted the City of Jackson, TN – Police Department’s Bomb Squad who sent a Tech to positively identify the items and…