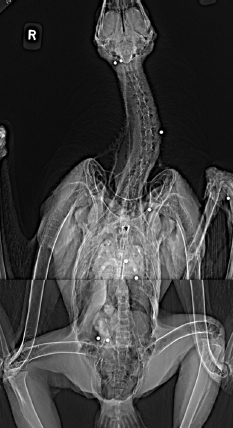 An X-Ray image is shown of a bald eagle that was shot in Henderson County, and ultimately had to be euthanized, in late February 2022.
Photo Submitted / The Lexington Progress

The U.S. Fish and Wildlife Service is seeking information on a bald eagle that was shot in Henderson County.

Unfortunately, the eagle had to be euthanized due to its injuries. The mature male bald eagle was found off of Ebenezer Rd. near Reagan, TN, on February 28, 2022.

A potential reward is being offered for information leading to the…