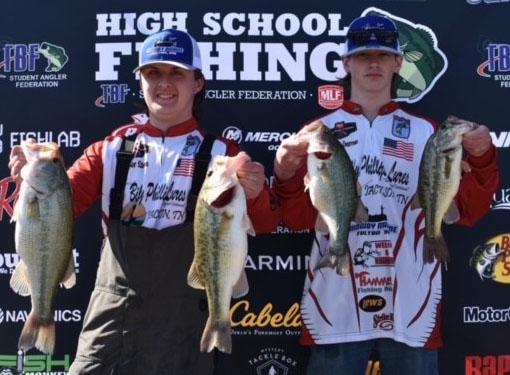 The Scotts Hill Student Anglers won the TBF (the bass federation)/SAF (student angler federation) division high school state championship the weekend of April 2nd and 3rd, which was held on Kentucky Lake. The teams finished first, third, and fifth against teams from across the state. The teams of Wilson and Wilson and Sims and Overman qualified for the SAF National Championship that will be held this summer on Pickwick Lake in Florence, Alabama.

Braden Wilson and Ross Wilson came in first place, with an impressive five fish limit that netted 19.7 pounds. This team also won the big fish award. The team of Hunter Sims and Harrison Overman placed 3rd, and the team of Brayden Branson and Shane Woods finished in 5th place.

Scotts Hill Student Anglers have had a great first half of the season. The teams are now looking to become qualified for a fifth consecutive BASSMASTER High School National Championship.

For this and other interesting articles, see the April 13th edition of The Lexington Progress.