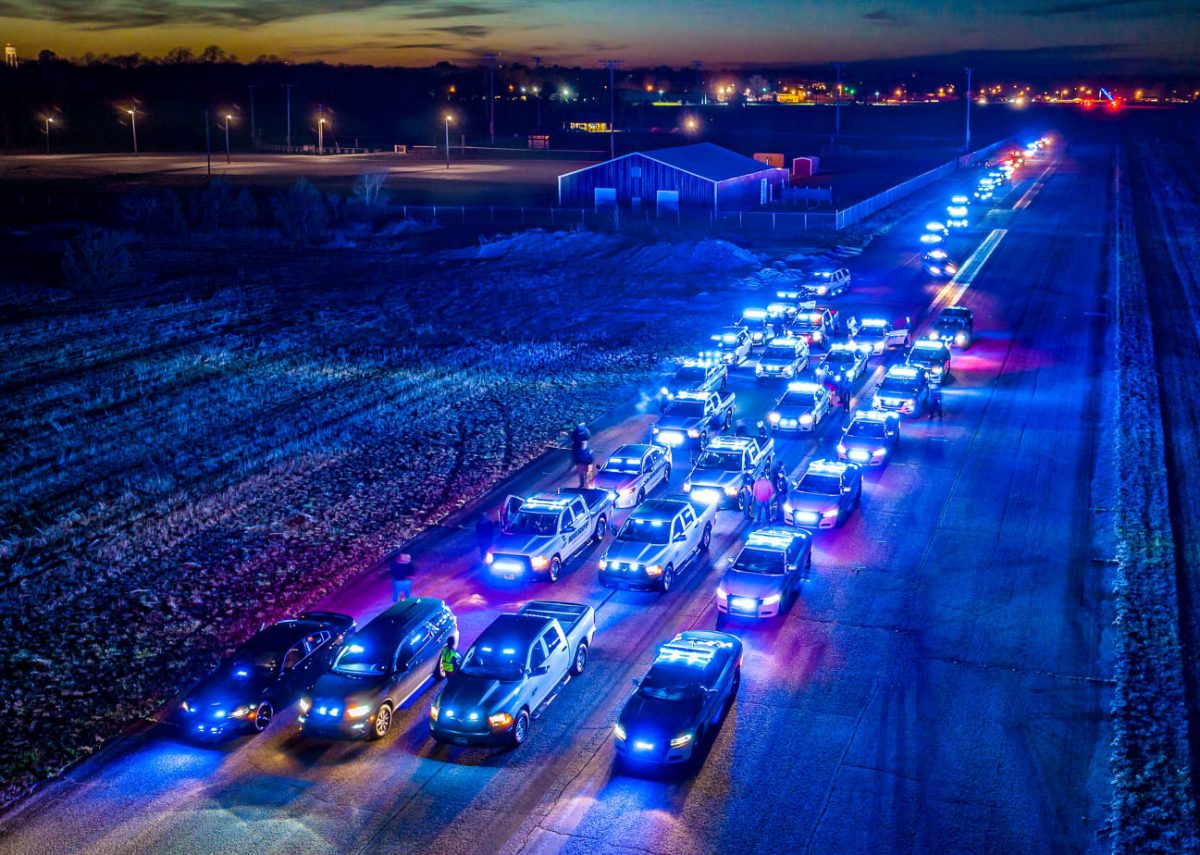 A “Sea of Blue” was given in honor of Justin “Tiny” Harris, who was a sergeant with the Henderson County Sheriff Office’s Correction Division and recently lost his battle with cancer.
Photo by: Jared James Photography

The darkness was broken in Lexington by a “Sea of Blue” lights in honor of Justin “Tiny” Harris, a sergeant in the Henderson County Sheriff Office’s Correctional Division.

Whether you knew him from law enforcement, the library, his church, or were a classmate, this gentle giant of a man had a heart for everyone, and a heart that always touched others.

Sergeant Harris lost his seven months battle with cancer on April 6, 2022, the same day that he had hoped to leave the Vanderbilt University Hospital. He had just celebrated his 38th birthday in his hospital room, surrounded by family and hundreds of cards and letters from friends, and a proclamation from Henderson County as Justin Harris Day.

He was returned home by convoy from the Henderson…