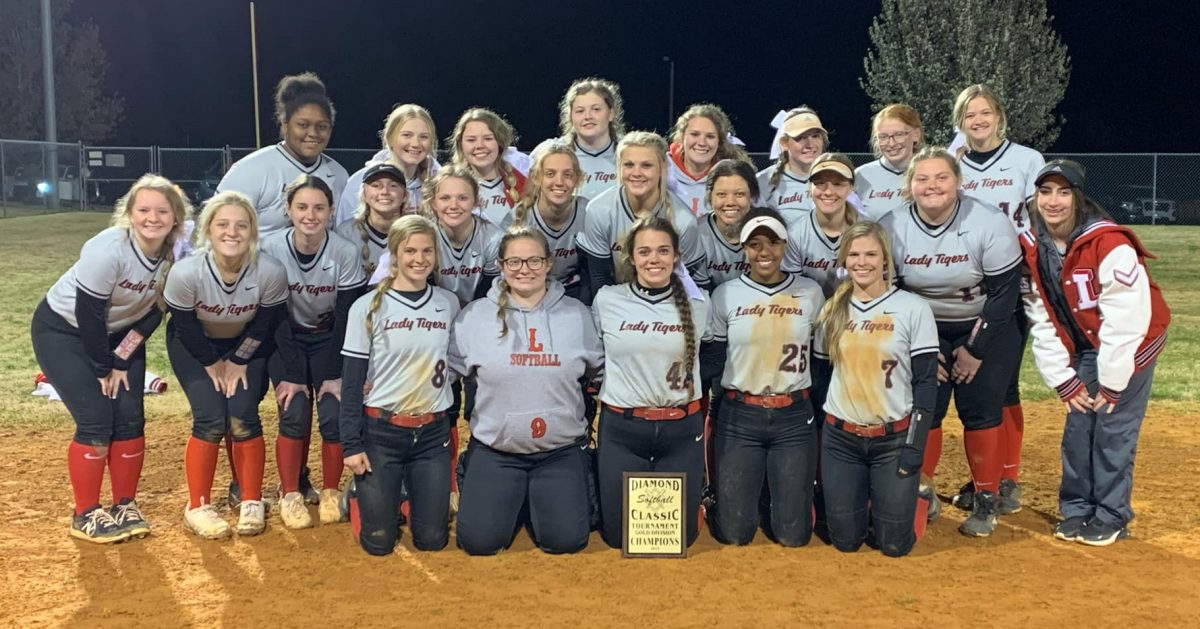 The Lexington High School Lady Tigers softball team has been hot to start the season this year. The Lady Tigers have not lost a game and headed to Camden, Tennessee this past weekend to be one of the teams that entered the Waverly Diamond Classic. Lexington played in five games during the tournament and the same results that have been occurring still were. The Lady Tigers did not lose a single game and were crowned champions of the tournament.

Lexington started the tournament with a game against Houston County. The Lady Tigers won that game early Saturday morning by a final score of 14-1. Lexington collected 10 hits in the game in four innings of play. Kyrsten Brown collected a double and hit a homerun. Madelynn Mooney also hit for a double in the game. Both Marley Maness and Mykenzi Duke hit one homerun each as well.

Kailyn Melton pitched three and two-thirds innings, only allowing a hit while striking out three.

The second game of the day came against Creek Wood. As with the first game, the outcome of this matchup was the same. Lexington won the game 6-2.

Shay Hollingsworth and Kennedy Brown led the Lady Tigers at the plate, with both players going 2 for 3. Marley Maness was 1 for 2 and Kyrsten Brown and Mykenzi Duke each finished 1 for 3. Hollingsworth recorded four RBIs, while Duke had one.

In the third contest of the day, Forrest was the opponent. Lexington did not have any problems with them as the Lady Tigers won a shutout over their opponent. The final score was 8-0, in four innings.

The Lady Tigers were able to collect nine hits in the shortened game. Kylie Waldrep, Kyrsten Brown, and Mykenzi Duke led the team hitting with all three players going…