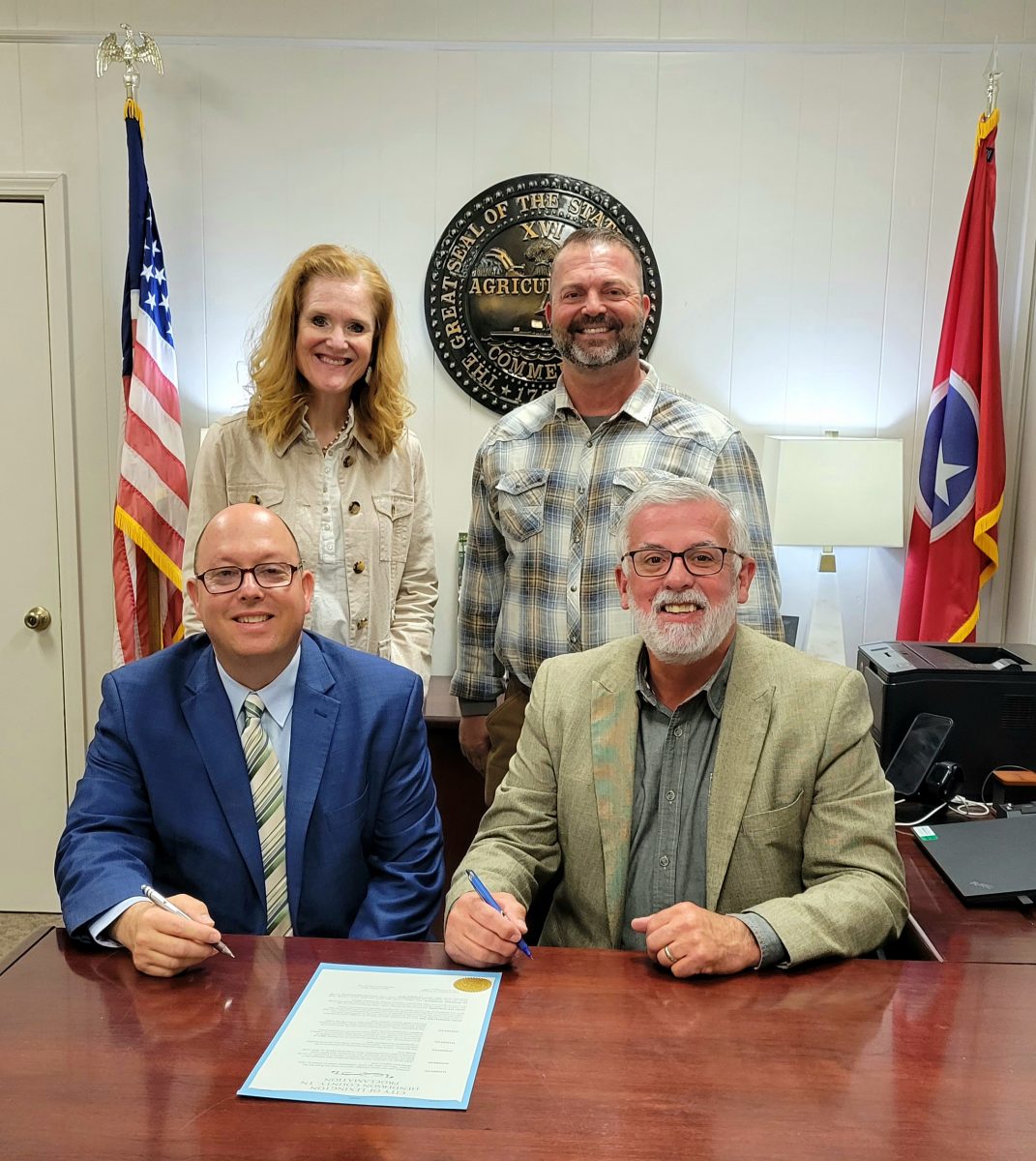 A proclamation was signed by Henderson County Mayor Eddie Bray and Lexington Mayor Jeff Griggs, along with Kim Hendrix and Daniel Clark, proclaiming the month of April as Child Abuse Awareness Month.
Photo by: W. Clay Crook / The Lexington Progress

“Psalms 127:3 says, Children are a gift from the Lord; they are a reward from him. As a parent, I realize that children are a gift, and should be treated as such. Children are meant to be nurtured and loved,” said President Daniel Clark. “It’s unfortunate that we live in a world where children are mistreated and abused, physically, mentally, and sexually.”