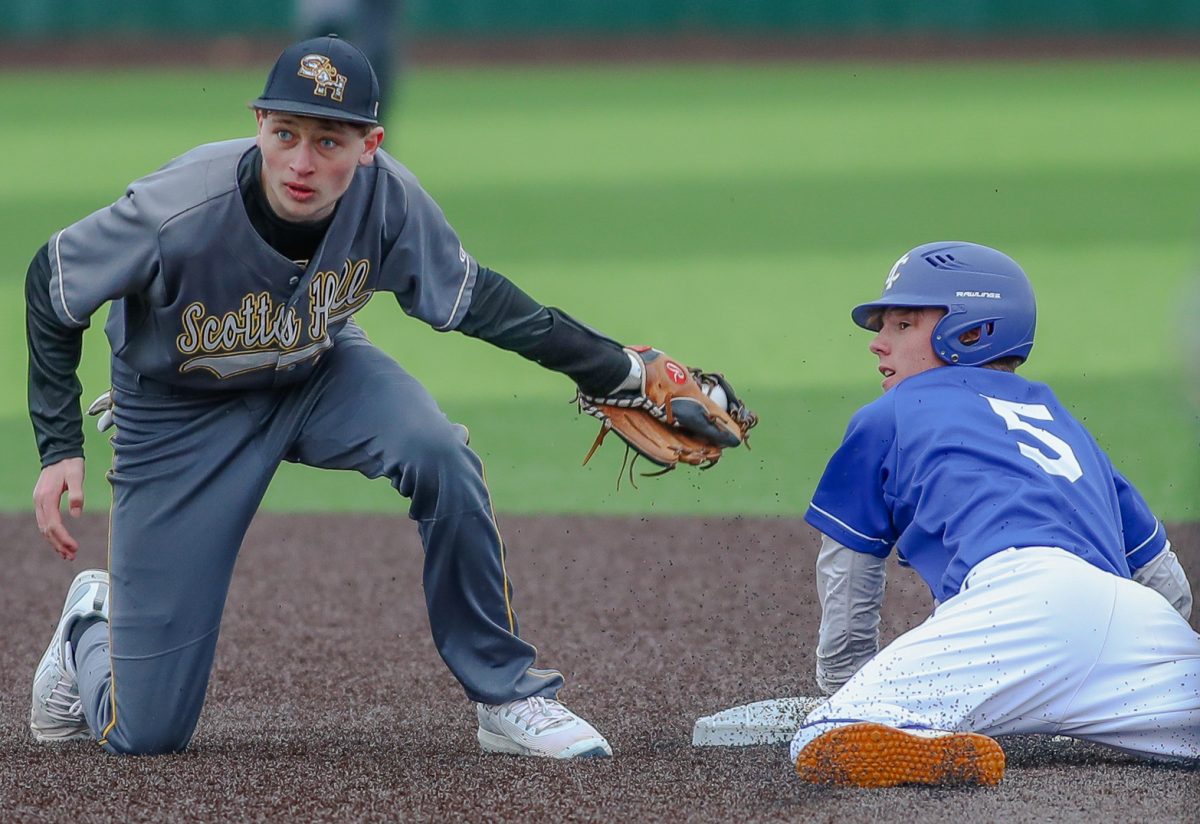 The Scotts Hill Lions baseball team was originally scheduled to play at McNairy County last Tuesday, March 22, but with the weather that came into West Tennessee that day the game was rescheduled. On Wednesday, March 23, the contest between the two schools was played on the field of Freed Hardeman University. In a cold morning game, Scotts Hill looked to keep the wins coming in. After the final out was made, it would be the Scotts Hill Lions that came out on top. The final score of the game was 5-2.

Scotts Hill accumulated six hits in the chilly conditions that morning in Henderson, Tennessee. The Lions were led at the plate by Chance Rogers who went 2 for 4, with a single and a double. Rogers also scored twice in the game. Both Ripken Clenny and Eli Patterson each went 1 for 3 on the day. Both players collected singles in the game, with Clenny recording two RBIs. Jackson Crider and Bryce Allard both were 1 for 4 at the plate, each also reaching on singles. Crider collected an RBI in the win, as well. Myles Maness was the other Lion player to record an RBI in the game.

The Lions were hot on the base paths, even with the colder temperatures in the game. Chance Rogers led the team with four stolen bases. Ripken Clenny collected two stolen bases to go along with…