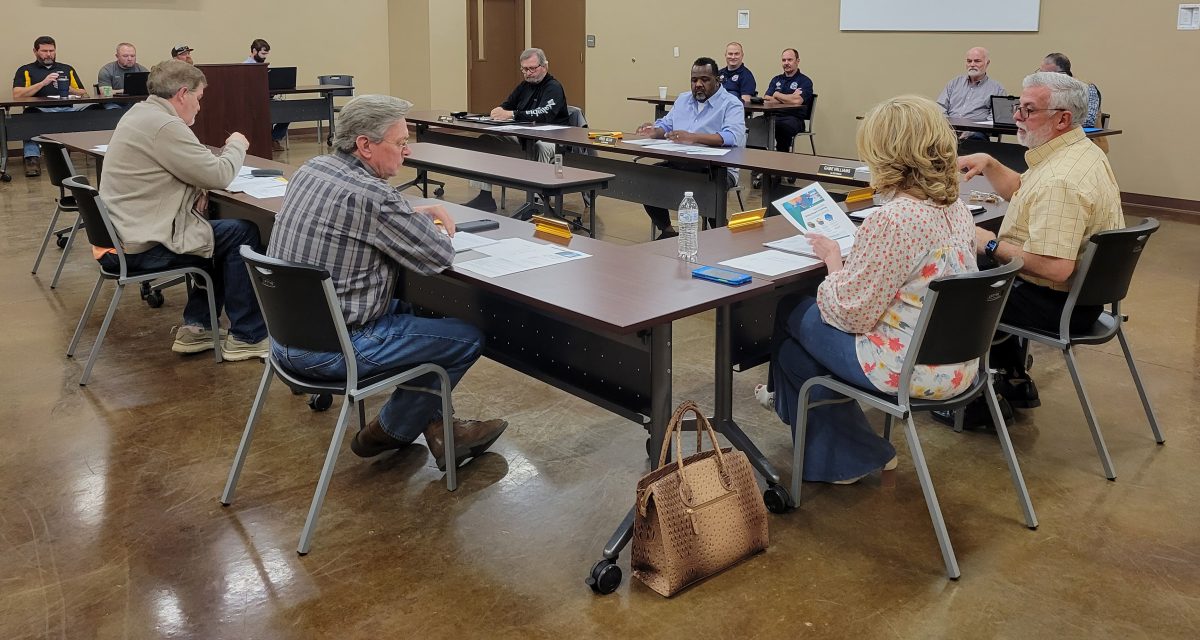 The Board of Mayor and Aldermen for the City of Lexington met at the Lexington Utilities Operations Facility on March 21, 2022, for their monthly work session.
Photo by: W. Clay Crook / The Lexington ProgressArticle by W. Clay Crook-

The Board of Mayor and Aldermen for Lexington held their monthly, non-voting, work session on Monday evening, March 21, 2022, at the Lexington Utilities Operations Facility on Maple Street.

The board discussed the second reading of the amendment on the ordinance to increase the LES maximum purchase amount without a public bid.

The board heard a citizen complaint from a Climer Street resident, and also discussed a possible LES power purchase agreement with Silicon Ranch Lexington, through a TVA flexibility program, which will propose producing power through a solar power farm. LES General Manager Jeff Graves is still researching this through TVA. The proposal would provide up to 6% or so of lower cost energy during the twenty-year contract period.

Graves also discussed some early retirement among some personnel and will need to post the vacancy when appropriate.

Public Works Director Robbie McCready also discussed a budget amendment for some of the larger equipment, and vacancies in the department and four new positions before budget, as there are no trustees available this year.

For the upcoming CDBG grant period, Cody Wood asked the board to consider a Timberlake Communications Tower. A matching grant is available, and it can be placed on the same site as the proposed water tower.

Lexington Police Captain Jeff Middleton discussed some needed roof work over the fire department area and building interior renovations, such as the evidence room, and would like to pursue bids. He also discussed two upcoming LPD personnel vacancies, and the need to fill them, and four vehicles to surplus.

Mayor Griggs said that he would like to discuss a new city hall complex in the new budget, as having one building for the city entities would cost less than continuing to put money into older buildings. Aldermen Gordon Wildridge, Jack Johnson, and Sandra Wood emphasized the need for a city hall complex.