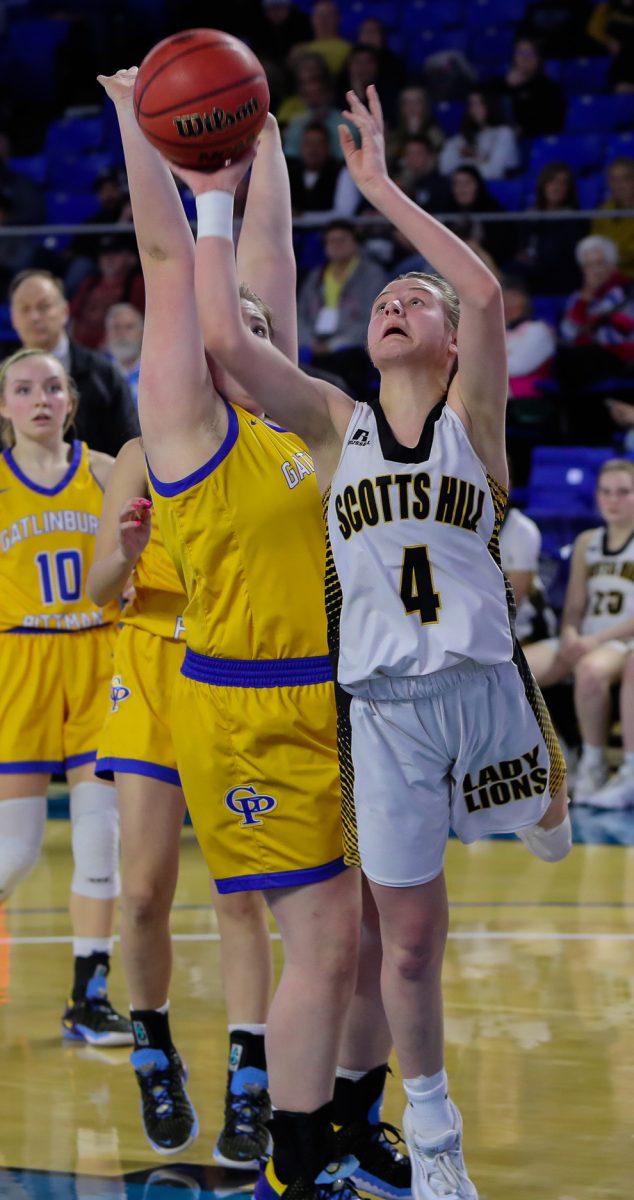 With the Scotts Hill High School Lady Lions basketball team making their way to Murfreesboro, Tennessee on March 8, 2022, the team knew that the competition would be some of the best of the season. The Lady Lions were up for the task and took on Gatlinburg-Pittman in their first game of the tournament. Loyal fans and supporters made their way into Middle Tennessee to pull for their team and cheer them on for the game. Ultimately, in the end, it would be Gatlinburg-Pitman that came way with the win and ended an amazing season for Scotts Hill. The final score of the contest was 68-32.

The game started that Tuesday morning with Scotts Hill recording six points in the first quarter of play but allowed Gatlinburg-Pittman to score 23 points in the first quarter. In the second quarter, the Lady Lions basketball team added another seven points to their total. Gatlinburg-Pittman was able to score another 17 points to take a big lead into halftime. The score was 40-13 at the break. After halftime, Scotts Hill came out and netted 11 points in the third quarter and saw their opponent record 19 points after intermission. The fourth and final quarter saw the Lady Lions finish with eight more points and allowed Gatlinburg-Pittman to post nine more points on their way to taking the win.

Leading the Lady Lions in points on the night was Heather Bartholomew, who recorded nine points for her team. Following her was Lacie Dunavant with eight points of her own. Both Julie Hampton and…