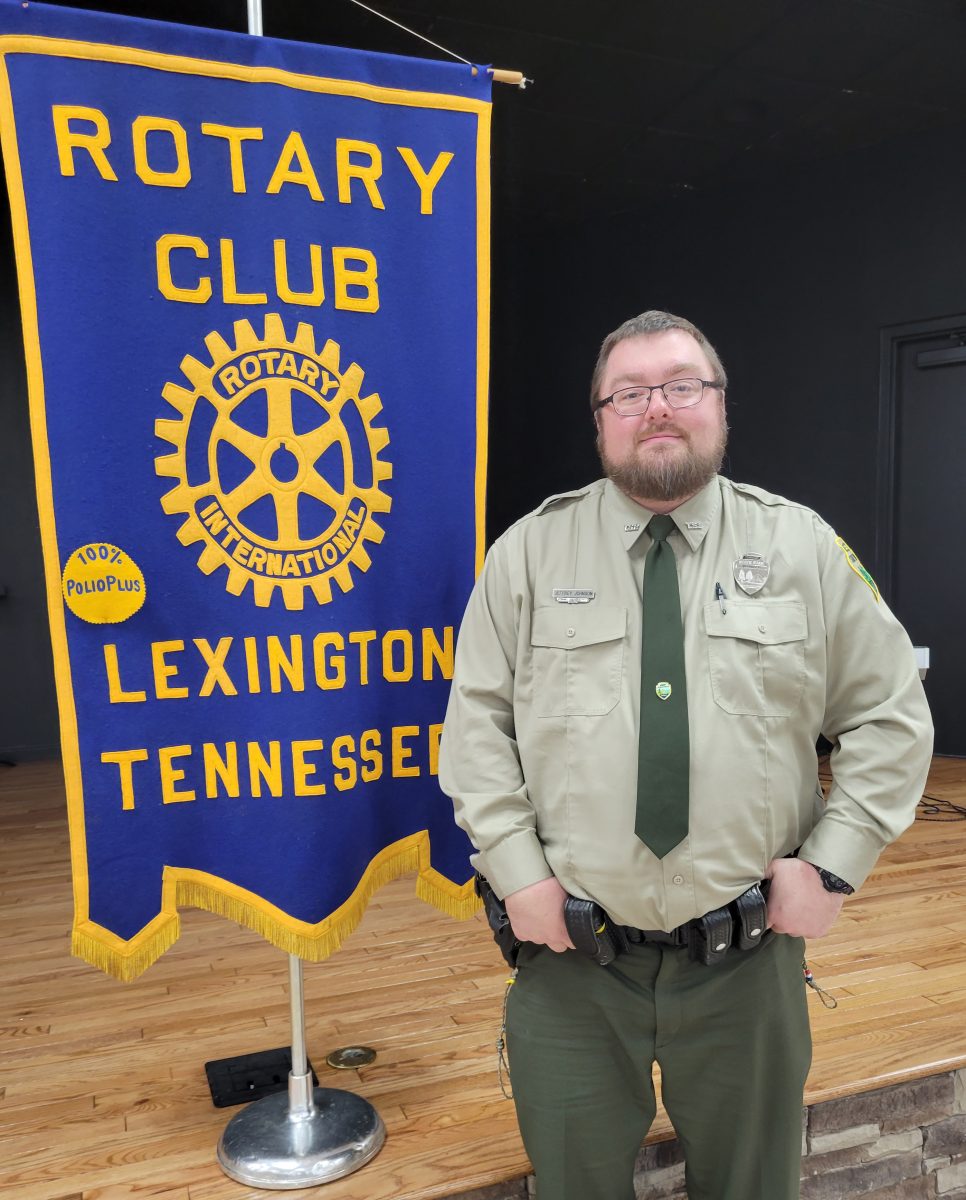 The Lexington Rotary Club met on Tuesday, March 15, 2022, with Natchez Trace State Park Ranger Jeff Johnson as the special guest speaker. He presented a PowerPoint of photos from the park, which was established in 1955. He clarified the date, which was the date that it officially became a state park, but the park itself has been here since the 1930’s.

Every ranger has a district, and Cub Lake belongs to Jeff’s area. Cub Lake is on the original part of the park, and many of the buildings were built in the 1930’s. The lake consists of 58 acres, 17 rustic cabins, a swim beach, boat dock, two picnic shelters, two campgrounds, and three playgrounds. The swim beach has the newest of the playgrounds, and Pin Oak Lodge has a newer one as well. The lodge is a fine structure, but is currently closed to repair termite damage. There is also a pedestrian bridge across the lake that leads from the beach to the cabins.

Work is being done on the cabins, water supply, and some of the campgrounds and should be finished by May 1st. About $14 million will be invested by the state into renovating all the…