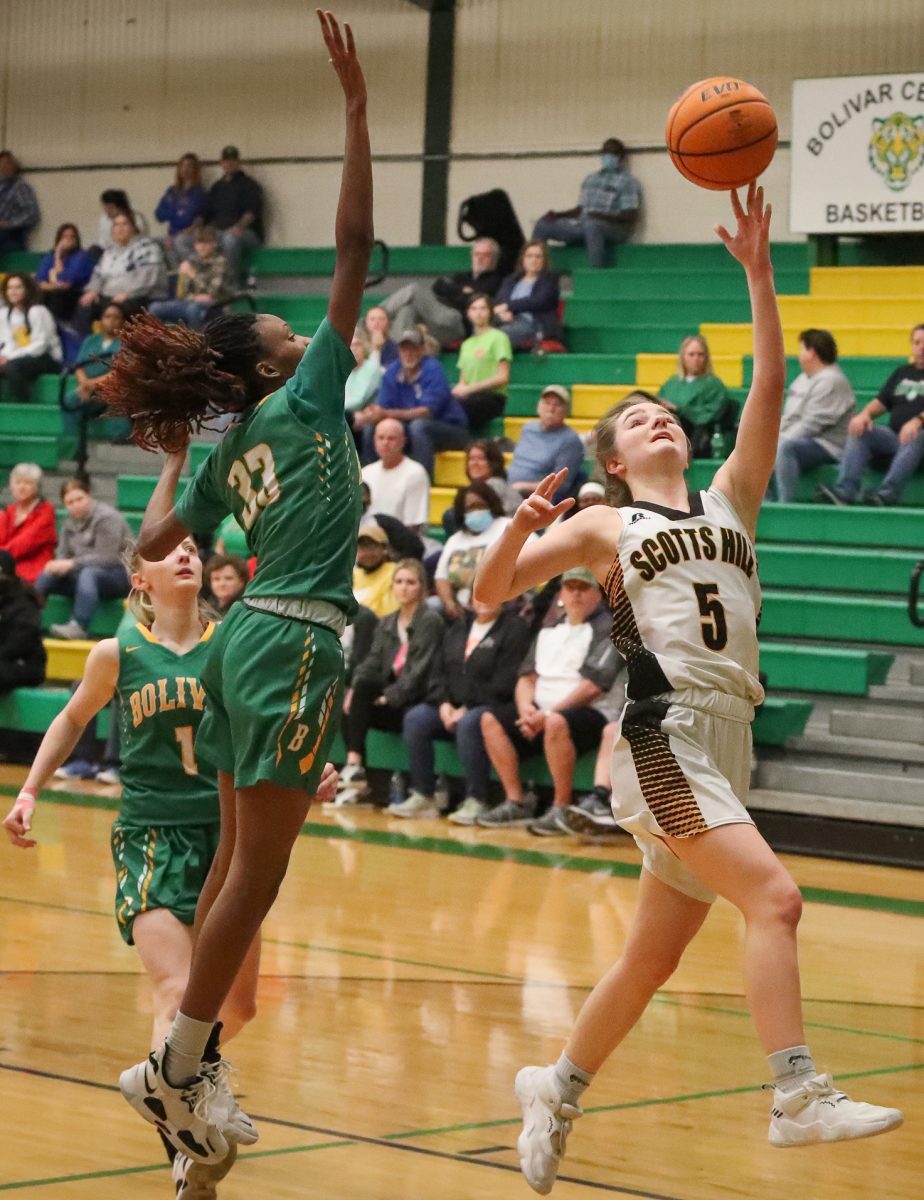 The Scotts Hill High School Lady Lions basketball team were back in action in the regional tournament on Monday evening, February 28. The Lady Lions would go up against Bolivar High School in this game, as the team looked to continue on in postseason play. In a must win game for Scotts Hill, the Lady Lions knew what was at stake. The girls had to win to make it to the regional tournament championship, which would guarantee them a spot in a sub-state game. Scotts Hill knew it would be a close game and that is exactly how it played out. At the sound of the final buzzer, the Lady Lions were on top and took the win over Bolivar. The final score was 42-39.

Scotts Hill was led in scoring in the contest by Heather Bartholomew. She accounted for 20 of the team’s points in the game. Jaden Scates would record 11 points and Julie Hampton followed close behind her with ten points of her own. The only other Lady Lion to score points would be Lacie Dunavant. She finished the game with one point in the win.