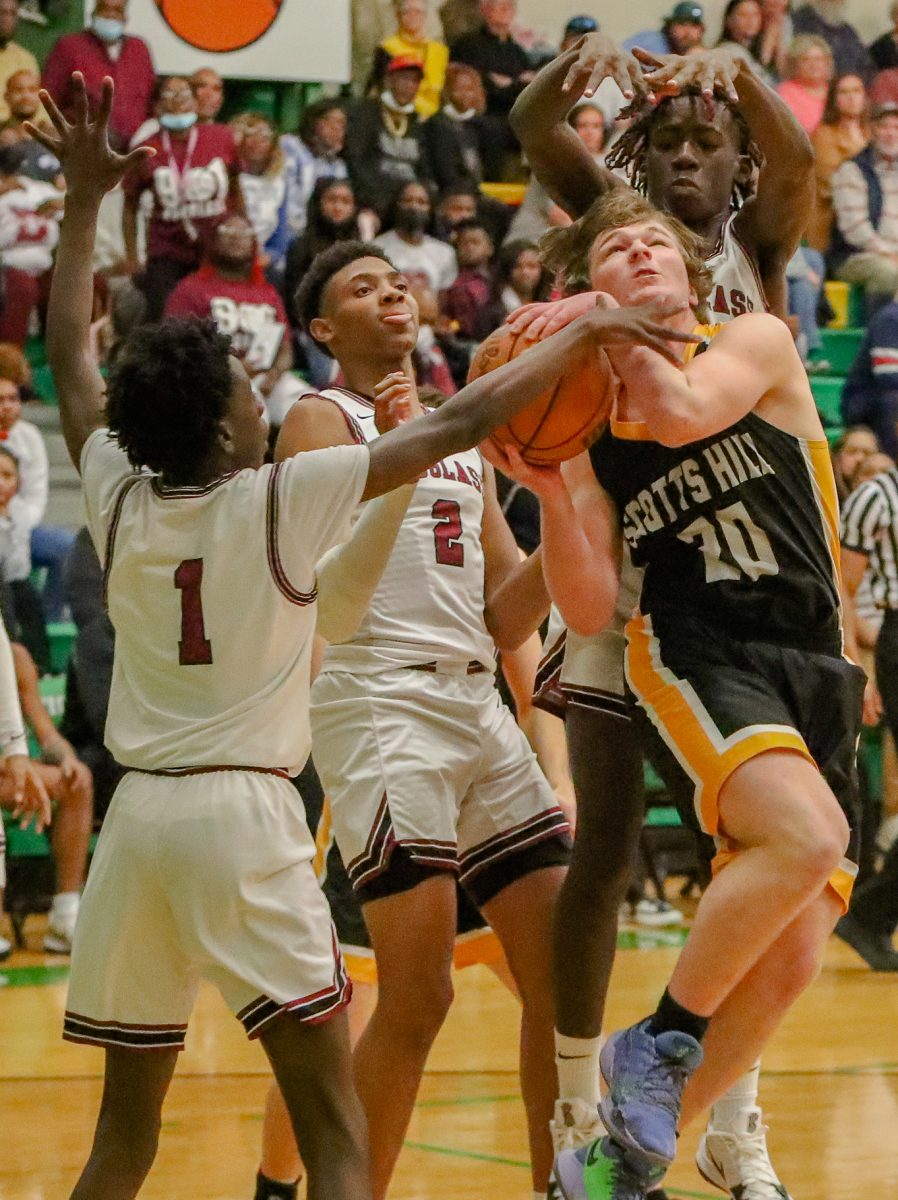 The Scotts Hill High School Lions basketball team was looking to punch their ticket to a sub-state game with a win in the regional semifinal game against Memphis Douglass last Tuesday evening, March 1, 2022. This game was held at Bolivar High School as this was the host school for the regional tournament. The game had implications for both teams, as the winner advanced and the loser was sent home packing. The Lions put their best effort forth on the night, but ultimately it was Memphis Douglass that would end up winning the contest. The final score of the game was 97-52.

The matchup between the two schools started with Scotts Hill posting 14 points in the first quarter of play but allowing Douglass to score 22 points in the same quarter. The second quarter saw the Lions add another 12 points to their total. Memphis Douglass would score 28 points in the second quarter. At halftime, the score was 50-26, in favor of Douglass. In the third quarter, Scotts Hill had their best scoring quarter of the night with 20 points recorded. Their opponent would add another 22 points to their total, however. The fourth and final quarter saw the Lions only score six points and allow Memphis Douglass to…