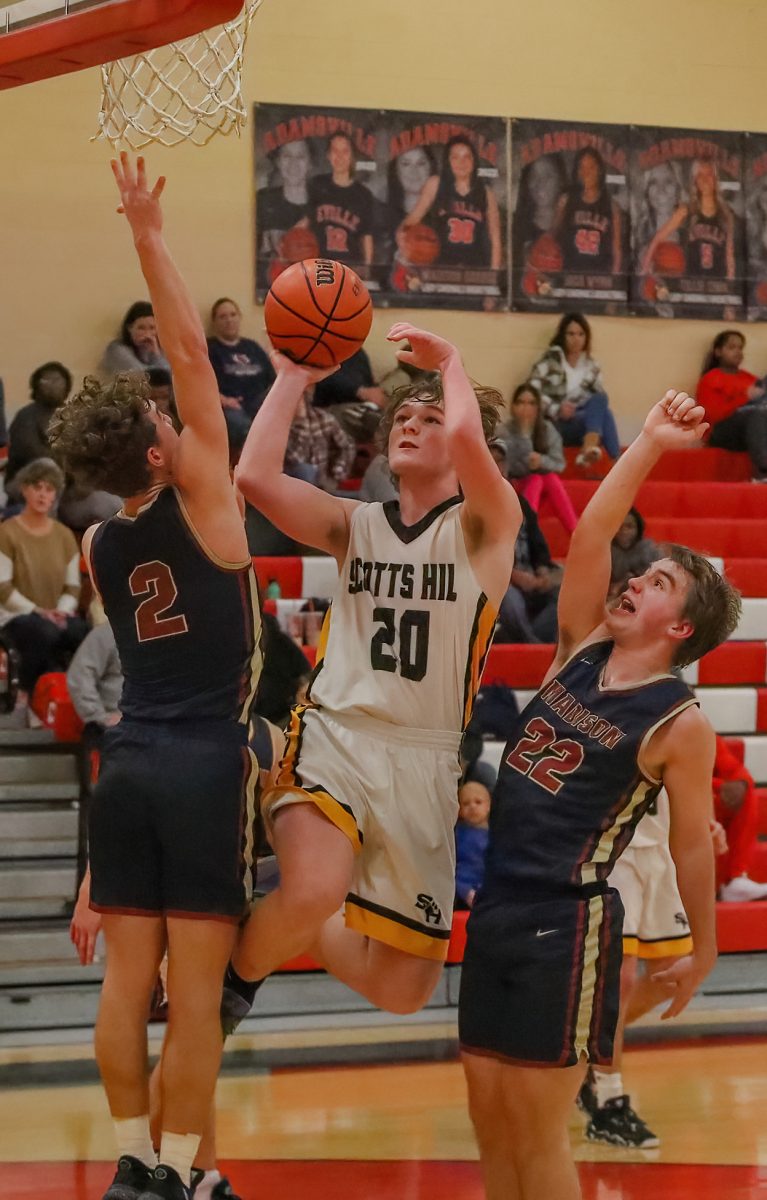 The Scotts Hill High School Lions basketball team played their way into the district tournament championship game on Monday night, February 21, 2022. Scotts Hill was looking to be crowned champions as they went up against a hot-handed Bolivar High School team. The Lions would have to bring their game in this matchup as Bolivar had been playing very good basketball as of late. Scotts Hill gave their best effort and left everything on the court but came up a bit short and took the runner-up spot in the tournament. The final score of the game was 69-54.

This game got underway with the Lions of Scotts Hill High School recording nine points in the first quarter but allowing Bolivar to record 25 points to start the game. Scotts Hill would bounce back in the second quarter and score 16 points while holding their opponent to 12 points in the quarter. The halftime score was 37-25, in favor of Bolivar. After the half, the Lions came out and posted 13 points in the third quarter but were outscored as Bolivar went on to add 19 more points to their total. In the fourth quarter, Scotts Hill outscored Bolivar by three points as the Lions posted 16 points and held Bolivar to 13 points. Scotts Hill couldn’t overcome the earlier scoring gap and fell on the night.

Leading the Lions in points in this game was Riley McClain. He finished the night with 32 points. Luke Ledbetter scored ten points in the loss. Both Bryce Allard and Ripken Clenny each recorded five points apiece and Riley Jowers would come away with two points for Scotts Hill, also.

McClain would also go 7 of 11 from long-range, scoring 21 of his 32 points from behind the arch. Both Bryce Allard and Ripken Clenny each made…