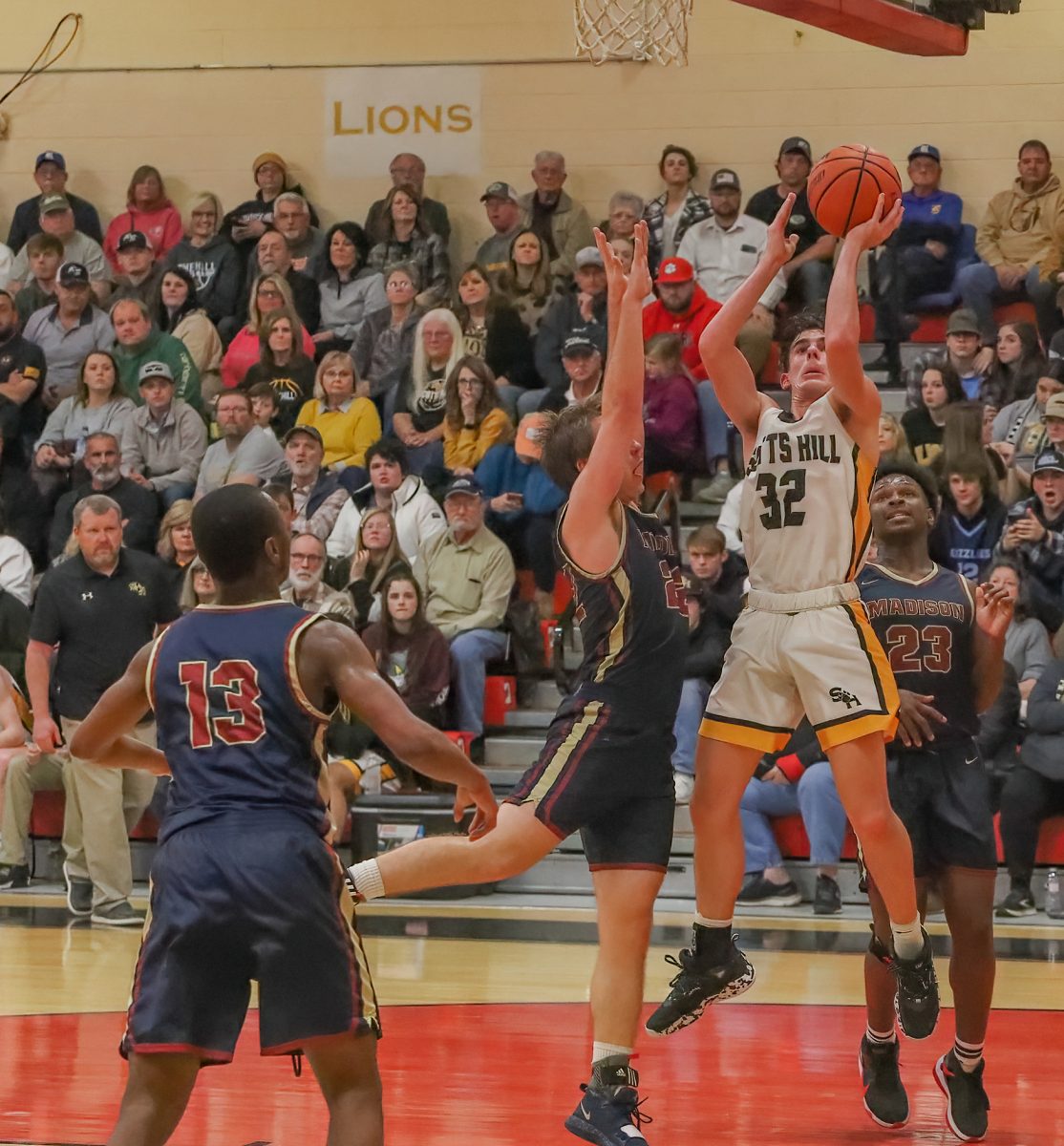 Last Friday, February 18, the Scotts Hill High School Lions basketball team looked to punch their ticket to the district championship game as the team traveled to Adamsville High School to go up against Madison Academy. The Lions were eager to take the win and advance on towards a chance at a championship. Scotts Hill would give themselves that chance, along with their fans, as the Lions took down Madison by a final score of 57-38.

The game started with Madison leading after the first quarter. The score would be 11-9, in favor of Madison at the time. In the second quarter, Scotts Hill would lead things by scoring 15 points and holding Madison to four points in the quarter. After the intermission, the Lions came back out in the third quarter and recorded ten points. Madison would go on to score eight points in the third, also. The fourth quarter saw Scotts Hill post 23 more points to take the win, as they held Madison to 19 points in the fourth quarter.

Leading the way in scoring on the night for the Lions was Luke Ledbetter who had 20 points. Riley McClain would score 14 points and Bryce Allard recorded 13 points in the win. Riley Jowers came away with four points in the game. Hayden Smith, Ripken Clenny, and Colton Bailey each scored two points apiece for the Lions.