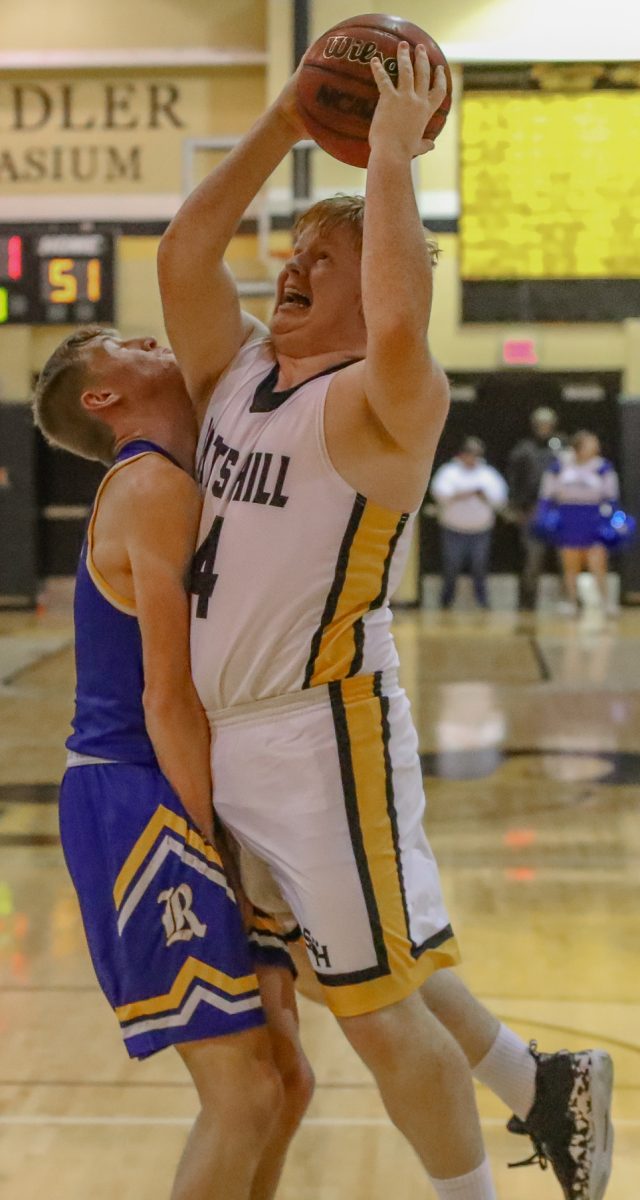 Coming off a big win over the team’s rival Riverside, the Scotts Hill Lions basketball team looked to continue the winning ways in a game against Adamsville last Friday evening, January 28. The Lions gave their fans much to be proud of and cheer for that night. In a closer game in the first half of play, Scotts Hill pulled away with a bigger lead in the second half and ultimately took down the Cardinals. The final score of the game was 89-57, in favor of Scotts Hill.

The Lion that had a team high 28 points was Bryce Allard. Luke Ledbetter scored 22 points and Riley McClain finished with 13 points in the win. Connor Maness recorded eight points and was followed by Colton Bailey who came away with seven points. Kaden Hildebrand scored four points and Maddox McClain netted three points for the Lions. Both Myles Maness and Ripken Clenny each scored two points in the game, as well.

Scotts Hill would have a hot hand behind the arch on the night, as the team recorded 12 made 3-point shots. Bryce Allard led with seven, followed by Riley McClain and Connor Maness, who each made two long-range shots. Maddox McClain would also hit…